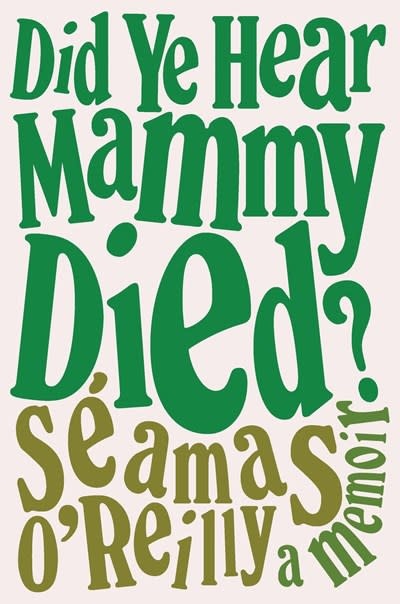 A heartwarming and hilarious family memoir of growing up as one of eleven siblings raised by a single dad in Northern Ireland at the end of the Troubles.

After the untimely death of his mother, five-year old Seamas and his ten (TEN!) siblings were left to the care of their loving but understandably beleaguered father. In this thoroughly delightful memoir, we follow Seamas and the rest of his rowdy clan as they learn to cook, clean, do the laundry, and struggle (often hilariously) to keep the household running smoothly and turn into adults in the absence of the woman who had held them together. Along the way, we see Seamas through various adventures: There's the time the family's windows were blown out by an IRA bomb; the time a priest blessed their thirteen-seater caravan before they took off for a holiday on which they narrowly escaped death; the time Seamas worked as a guide in a leprechaun museum during the recession; and of course, the time he inadvertently found himself on ketamine while serving drinks to the President of Ireland.

Through it all, the lovable, ginger-haired Seamas regales us with his combination of wit, absurdity, and tenderness, creating a charming and unforgettable portrait of an oddly gigantic family's search for some semblance of normalcy.

Seamas O'Reilly is a columnist for the Observer and writes about media and politics for the Irish Times, New Statesman, Guts, and VICE. He lives in the London borough of Hackney with his family.