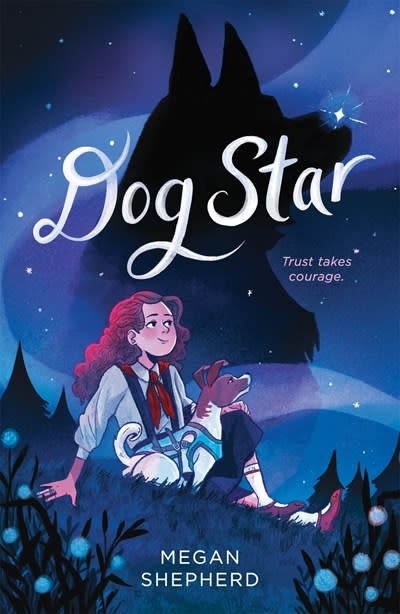 Laika is a "Cold Dog"—a stray pawing the streets of Moscow until Soviet researchers take her to live at the top-secret facility. Nervous and alone, she learns she will be trained to become a "starflyer," an animal launched into outerspace in the Soviet's race against American innovation.

Twelve-year-old Nina is also a "Cold Girl," heartbroken after her best friend defects to America. When Nina and Laika meet in Nina's father's lab, their growing bond slowly warms the cold that has settled in each other's hearts. Together, they uncover a system of secrets, and must decide if they too will separate from the pack, or rocket to the stars.

Inspired by the true story of Laika, Dog Star is an inspiring novel about friendship, personal agency, and the real meaning of love and loyalty.

Megan Shepherd is a New York Times–bestselling and Carnegie Medal-nominated author. She grew up in her family’s independent bookstore in the Blue Ridge Mountains and is the author of many acclaimed middle grade and young adult novels including The Madman's Daughter series, The Cage series, The Secret Horses of Briar Hill, and the Grim Lovelies series. She now lives and writes on a haunted 125-year-old farm outside Asheville, North Carolina, with her husband and children, two cats, chickens, bees, and an especially scruffy dog. meganshepherd.com