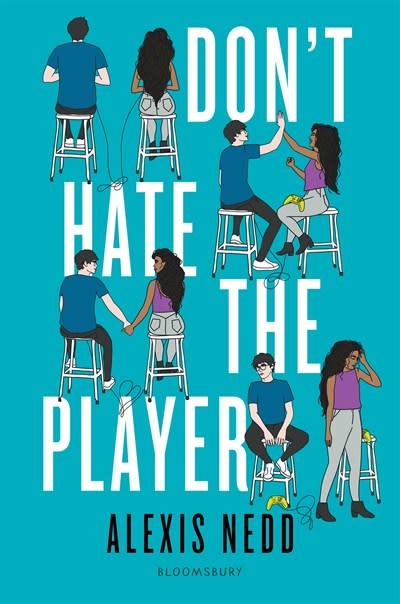 Perfect for fans of Opposite of Always comes a funny and heartfelt feminist YA debut set in the world of competitive gaming.

By day, Emilia is a field hockey star with a popular boyfriend and a mother obsessed with her academic future. But by night, she’s kicking virtual ass as the only female member of a highly competitive eSports team. Emilia has mastered the art of keeping her two worlds thriving, which hinges on them staying completely separate.

When a major eSports tournament comes to her city, Emilia is determined to prove herself to the male-dominated gaming community. But her perfectly balanced life is thrown for a loop when a member of a rival team—Jake—recognizes her . . .

From an exciting new talent, this sweet and charming YA romance will win the hearts of gamers and non-gamers alike.

Alexis Nedd is a Brooklyn-based pop culture "fanthropologist" who has only ever loved things in a big, obsessive way. As the Senior Entertainment Reporter at Mashable.com, she covers television, movies, and video games with a focus on sci-fi and fantasy universes. When she’s not writing for money, she’s writing for no money on Twitter, where her feed consists of deep dives on weird history (Hamilton and messed-up royal lineages are favorites) and analyzing pop culture as an artifact of society. Her threads regularly receive comments from people in the media like Lin-Manuel Miranda, and her writing has also appeared in Elle, Cosmopolitan, Marie Claire, and BuzzFeed. This is her debut novel. @alexisthenedd