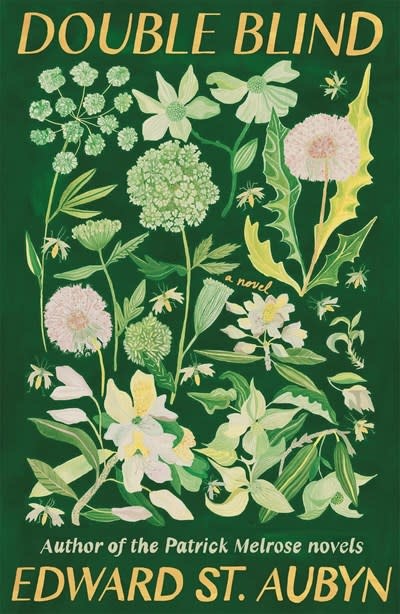 A dramatic and powerful reflection on nature, nurture, inquiry, perception, and the myriad ways we try to understand what it means to be alive

Double Blind is the masterful new novel from Edward St. Aubyn: an ambitious, thrilling synthesis of art, science, and philosophy that explores some of the biggest ideas and most pressing questions of our times. Following three friends and their circle through a year of transformation, and moving between London, Oxford, Cap d’Antibes, Big Sur, and a rewilded corner of Sussex, it is about the headlong pursuit of knowledge—for the purposes of pleasure, revelation, money, sanity, or survival—and the consequences of fleeing what we already know about others and ourselves.

When Olivia meets a new lover, Francis, just as she is welcoming her dearest friend Lucy back from New York, her dedicated academic life expands precipitously. Her connection to Francis, a committed naturalist living off-grid, is immediate and startling. Eager to involve Lucy in her joy, Olivia introduces the two—but Lucy has news of her own that binds the trio unusually close. Over the months that follow, Lucy’s boss Hunter, Olivia’s psychoanalyst parents, and a young man named Sebastian are pulled into the friends’ orbit, and not one of them will emerge unchanged.

Expansive, playful, and compassionate, Double Blind investigates themes of inheritance, determinism, freedom, consciousness, and the stories we tell about ourselves. St. Aubyn's major new novel is as compelling about ecology, psychoanalysis, genetics, and neuroscience as it is about love, fear and courage. Most of all, it is a perfect expression of the interconnections it sets out to examine, and a moving evocation of an imagined world that is deeply intelligent, often tender, curious, and very much alive.

Edward St. Aubyn was born in London. His acclaimed Patrick Melrose novels are Never Mind, Bad News, Some Hope, Mother's Milk (winner of the Prix Femina étranger and short-listed for the Man Booker Prize), and At Last. The series was made into a BAFTA Award–winning Sky Atlantic TV series starring Benedict Cumberbatch. St. Aubyn is also the author of A Clue to the Exit, On the Edge (short-listed for the Guardian Fiction Prize), Lost for Words (winner of the Bollinger Everyman Wodehouse Prize), and Dunbar, his reimagining of King Lear for the Hogarth Shakespeare project.