Home » Down Comes the Night 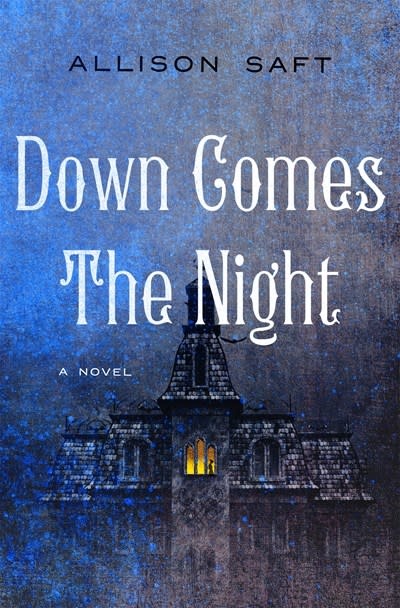 Down Comes the Night

A gorgeously gothic, deeply romantic YA debut fantasy about two enemies trapped inside a crumbling mansion, with no escape from the monsters within.

Honor your oath, destroy your country.

Wren Southerland is the most talented healer in the Queen’s Guard, but her reckless actions have repeatedly put her on thin ice with her superiors. So when a letter arrives from a reclusive lord, asking Wren to come to his estate to cure his servant from a mysterious disease, she seizes the chance to prove herself.

When she arrives at Colwick Hall, Wren realizes that nothing is what it seems. Particularly when she discovers her patient is actually Hal Cavendish, the sworn enemy of her kingdom.

As the snowy mountains make it impossible to leave the estate, Wren and Hal grow closer as they uncover a sinister plot that could destroy everything they hold dear. But choosing love could doom both their kingdoms.

Allison Saft’s Down Comes the Night is a snow-drenched, gothic, romantic fantasy that keeps you racing through the pages long into the night.

ALLISON SAFT was born in a Philadelphia blizzard and has been chasing the sun ever since. After receiving her MA in English literature from Tulane University, she moved from the Gulf Coast to the West Coast, where she spends her time hiking the redwoods and practicing aerial silks. Down Comes the Night is her debut novel.