Home » Each Night Was Illuminated 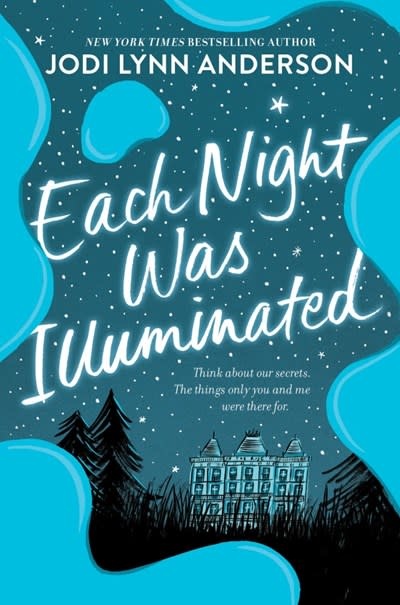 Each Night Was Illuminated

After losing her faith in God as a child, Cassie is reunited with a former friend, who sparks more questions, wonder, and feelings than she has allowed herself, in this gorgeously written and thought-provoking novel by the unparalleled bestselling author Jodi Lynn Anderson.

With writing that sparks off the page, New York Times bestselling author Jodi Lynn Anderson tells a story of saints and floods, secrets and truths, rage and love—and the bravery it takes to bet your whole life on a new kind of hope.The day the train fell in the lake, Cassie stopped believing in much of anything. Then she set her mind to forgetting the strange boy named Elias who was with her when it happened.When Elias comes back to town after many years away, Cassie finds herself talked into sneaking out at night to follow him ghost hunting—though she knows better than to believe they will find any spirits.Still, the more time she spends with Elias—with his questions, his rebelliousness, his imagination that is so much bigger than the box she has made for herself—the more Cassie thinks that even in a world that seems broken beyond repair, there just may be something worth believing in.

Jodi Lynn Anderson is the New York Times bestselling author of Peaches, Midnight at the Electric, The Vanishing Season, Tiger Lily, and the popular May Bird trilogy. She lives in Senegal, West Africa, with her husband and their children. You can visit her online at www.jodilynnanderson.net.