Home » Each of Us a Universe 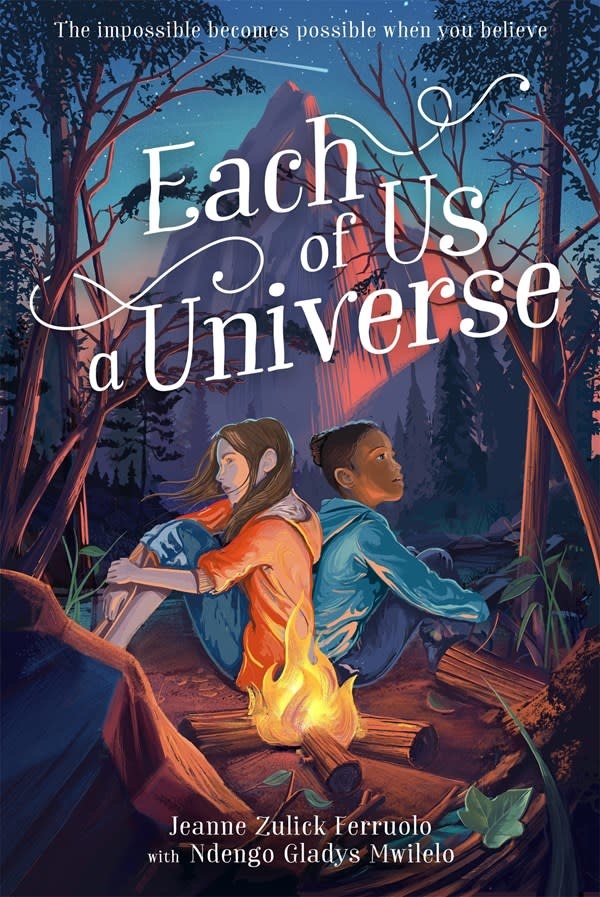 Each of Us a Universe

A heartfelt middle grade novel about friendship with a touch of magic, perfect for fans of Katherine Applegate and Barbara O'Connor.

Ever since the day everything changed, Cal Scott has been running—from her mother’s cancer, from her father in prison, and from classmates who’ve never seemed to “get” her. The only thing Cal runs toward is Mt. Meteorite, named for the magical meteorite some say crashed there years ago. Cal plots to summit the mountain, so she can find the magic she believes will heal her mother. But no one has reached its peak—no one who’s lived to tell about it, anyway. Then Cal meets Rosine, a girl who’s faced her own impossibles and has a plan for the mountain and its magic. She convinces Cal they can summit its peak together. As the girls climb high and dig deep to face the mountain’s challenges, Cal learns from Rosine what courage looks like, and begins to wonder if the magic she’s looking for is the kind she needs.

Jeanne Zulick Ferruolo is the author of A Galaxy of Sea Stars and Ruby in the Sky, which earned two starred reviews and which Booklist called “quietly magical.” She is also a volunteer with IRIS–Integrated Refugee & Immigrant Services (irisct.org)–in New Haven, Connecticut. She lives in Ellington, Connecticut, with her family. jzulferr.com