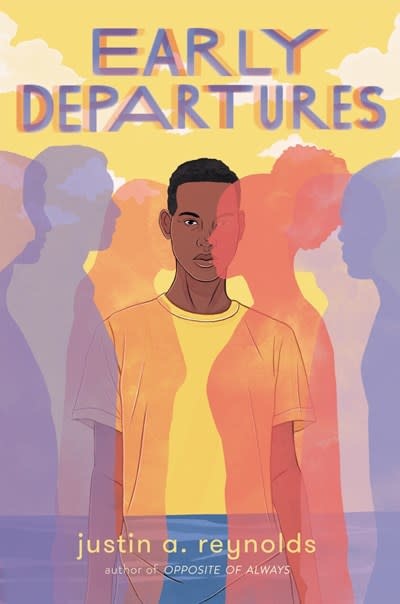 By Justin A. Reynolds

Justin A. Reynolds, author of Opposite of Always, delivers another smart, funny, and powerful standalone YA contemporary novel with a speculative twist in which Jamal’s best friend is brought back to life after a freak accident . . . but they only have a short time together before he will die again. Now in paperback!

Jamal’s best friend, Q, doesn’t know he’s about to die . . . again.He also doesn’t know that Jamal tried to save his life, rescuing him from drowning only to watch Q die later in the hospital. Even more complicated, Jamal and Q haven’t been best friends in two years—not since Jamal’s parents died in a car accident, leaving him and his sister to carry on without them. Grief swallowed Jamal whole, and he blamed Q for causing the accident.But what if Jamal could have a second chance? An impossible chance that would grant him the opportunity say goodbye to his best friend? A new healthcare technology allows Q to be reanimated—brought back to life like the old Q again. But there’s a catch: Q will only reanimate for a short time before he dies . . . forever.Jamal is determined to make things right with Q, but grief is hard to shake. And he can’t tell Q why he’s suddenly trying to be friends with him again. Because Q has no idea that he died, and Q’s mom is not about to let anyone ruin the miracle by telling him. How can Jamal fix his friendship with Q if he can’t tell him the truth?

Justin A. Reynolds has always wanted to be a writer. Opposite of Always, his debut novel, was an Indies Introduce selection and a School Library Journal Best Book, has been translated into seventeen languages, and is being developed for film with Paramount Players. He lives in northeast Ohio with his family. You can find him at www.justinareynolds.com.