Home » Easy Crafts for the Insane 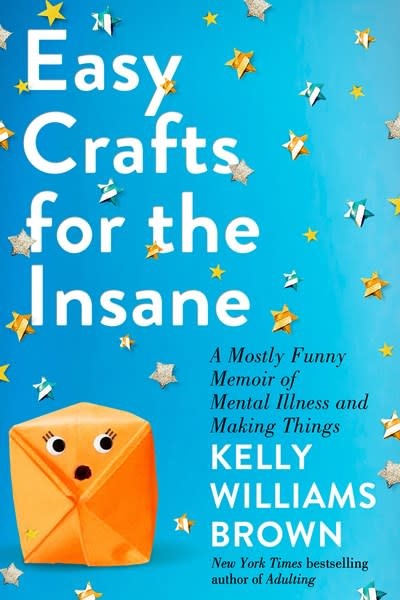 Easy Crafts for the Insane

Hyperbole and a Half meets Furiously Happy—with crafts!—in this searingly honest and laugh-out-loud memoir about mental illness, growing up, and the improbable aid that got her through it all.

Kelly Williams Brown had two Very Bad years. In just a short time period, her marriage collapsed, she broke four bones (in separate and unrelated incidents), her father was diagnosed with cancer…and she wound up in a psychiatric hospital. But right before that she had a few Very Good years: she wrote a bestselling memoir, spoke at NASA, had a beautiful wedding, and inspired hundreds of thousands of readers to live as grown-ups in an often-screwed-up world. Through all of it though, Brown was grappling with mental illness. It didn’t matter if it was a Good or a Bad time, it was simply her reality.

What got her through it was, improbably, crafting. Not Martha Stewart-perfect crafting, either—it was rough-and-tumble, fly-by-the-seat-of-your-pants creating that was Brown’s lifeline during her darkest days. And anyone can do it. In Easy Crafts for the Insane, Brown uses her crafting journey, as well as advice for your own future crafts, to talk about the most difficult times she’s ever faced—and how she made it to the other side. Surprising, humane, and utterly unforgettable, this is a poignant and hysterical look at the unexpected, messy coping mechanisms we use to find ourselves again.

Kelly Williams Brown is the New York Times bestselling author of Adulting and Gracious. A former reporter, ad copywriter and Bourbon Street bartender, she lives with her giant, neurotic dog in Salem, Ore.