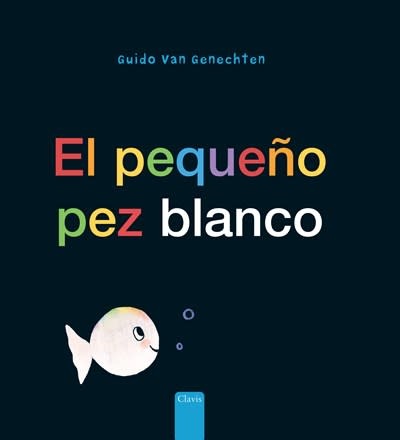 -- Little White Fish is crying. He can’t find his mommy. While looking for her he sees all sorts of animals: a red crab, an orange starfish, a yellow snail, a green turtle, a blue whale and a purple octopus. But none of them are his mommy! Then he sees his mommy, and she has all the same colors as Little White Fish.

A playful book about sea animals and colors. For toddlers ages 30 months and up, with a focus on the child’s language development.

Guido Van Genechten (1957, Belgium) studied drawing and painting, graphics and photography. Afterward, he worked for many years in the graphic industry. Now Guido works as a full-time illustrator of children’s books. In 1998 he won the international Illustrator’s Award City of Hasselt with his picture book Ricky. This prize was the beginning of his international career as a children’s book illustrator. Since that moment, Guido Van Genechten has created many best-selling stories and received several awards. In 2007 he was the winner of the Reader’s Digest Award for Best Children’s Book Illustrator. And in the past ten years, his books were published in 30 countries around the world.