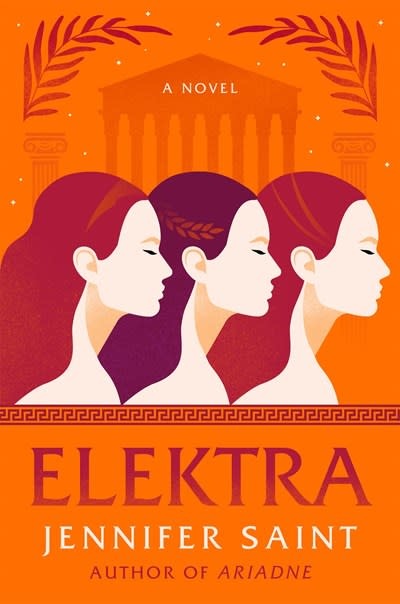 A spellbinding reimagining of the story of Elektra, one of Greek mythology’s most infamous heroines, from the author of the beloved international bestseller, Ariadne

When Clytemnestra marries Agamemnon, she ignores the insidious whispers about his family line, the House of Atreus. But when, on the eve of the Trojan War, Agamemnon betrays Clytemnestra in the most unimaginable way, she must confront the curse that has long ravaged their family.

In Troy, Princess Cassandra has the gift of prophecy, but carries a curse of her own: no one will ever believe what she sees. When she is shown what will happen to her beloved city when Agamemnon and his army arrives, she is powerless to stop the tragedy from unfolding.

Elektra, Clytemnestra and Agamemnon’s youngest daughter, wants only for her beloved father to return home from war. But can she escape her family’s bloody history, or is her destiny bound by violence, too?

Due to a lifelong fascination with Ancient Greek mythology, Jennifer Saint read Classical Studies at King’s College, London. She spent the next thirteen years as an English teacher, sharing a love of literature and creative writing with her students. She is the internationally bestselling author of Elektra and Ariadne.