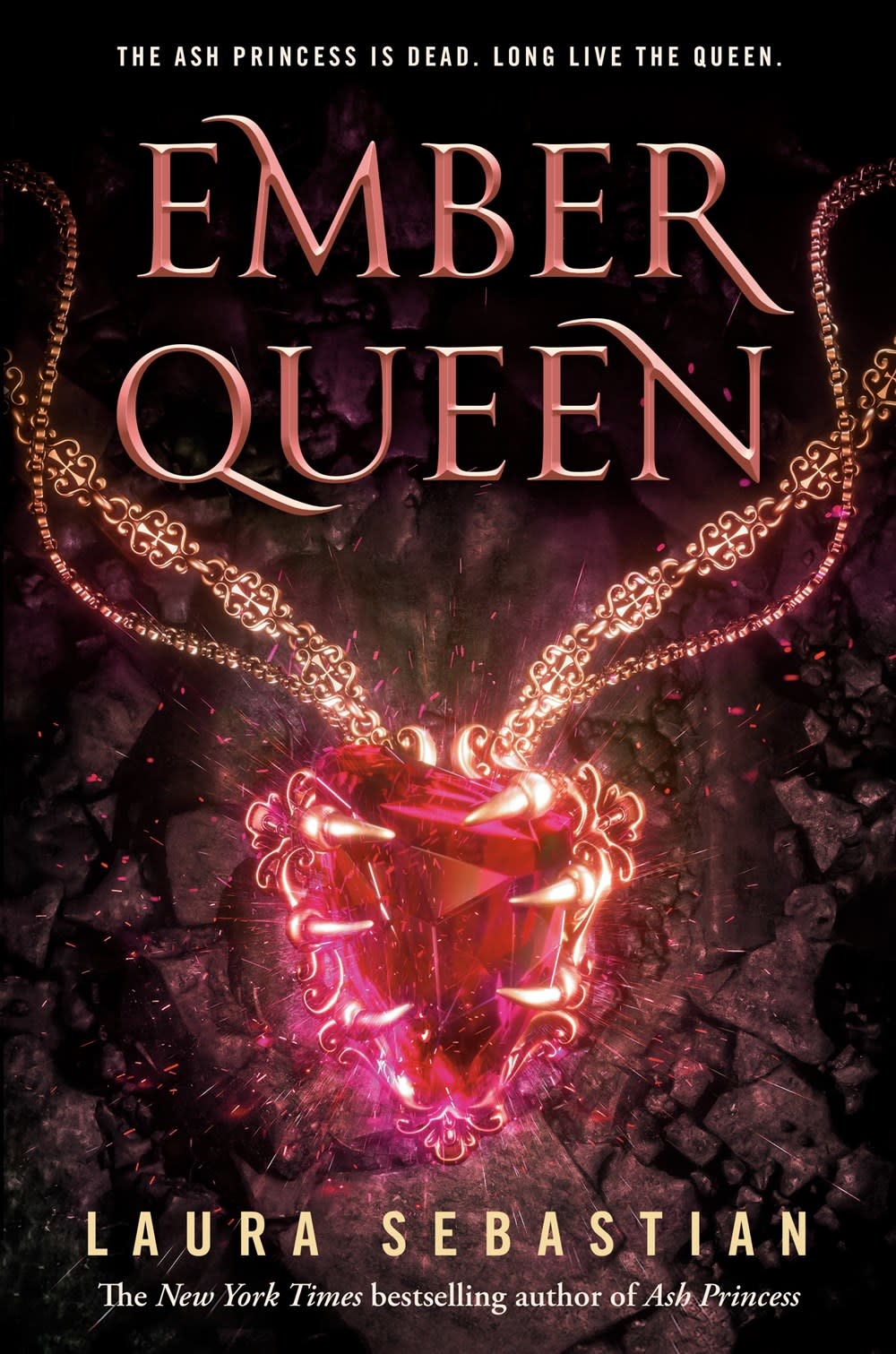 The thrilling conclusion to the New York Times bestselling series “made for fans of Victoria Aveyard and Sabaa Tahir” (Bustle), Ember Queen is an epic fantasy about a throne cruelly stolen and a girl who must fight to take it back for her people.

Princess Theodosia was a prisoner in her own country for a decade. Renamed the Ash Princess, she endured relentless abuse and ridicule from the Kaiser and his court. But though she wore a crown of ashes, there is fire in Theo’s blood. As the rightful heir to the Astrean crown, it runs in her veins. And if she learned anything from her mother, it’s that a Queen never cowers.

Now free, with a misfit army of rebels to back her, Theo must liberate her enslaved people and face a terrifying new enemy: the new Kaiserin. Imbued with a magic no one understands, the Kaiserin is determined to burn down anyone and everything in her way.

The Kaiserin’s strange power is growing stronger, and with Prinz Søren as her hostage, there is more at stake than ever. Theo must learn to embrace her own power if she has any hope of standing against the girl she once called her heart’s sister.

Praise for the Ash Princess series

“A darkly enchanting page-turner you won’t be able to put down.” --Bustle

“A dark and spellbinding epic…. Brace yourself, because Theodosia Houzzara—wounded, driven, and deadly—is going to carve out a place for herself in your heart.”—Sara Holland, New York Times bestselling author of Everless

Laura Sebastian grew up in South Florida and attended Savannah College of Art and Design. She now lives and writes in New York City. Laura is the author of the New York Times bestselling Ash Princess series: Ash Princess, Lady Smoke and Ember Queen. To learn more about Laura and her book, follow @sebastian_lk on Twitter.