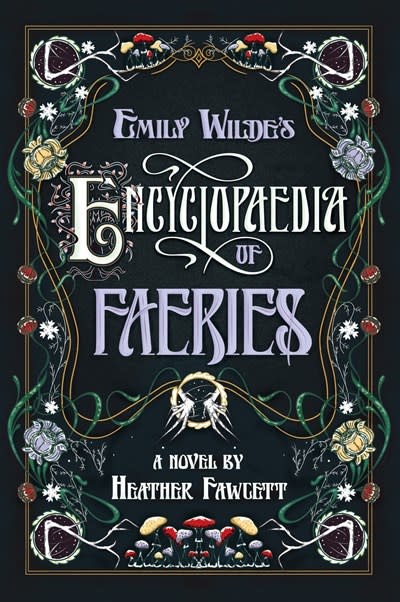 A curmudgeonly professor journeys to a small town in the far north to study faerie folklore, where she discovers dark fae magic, friendship, and love, in this heart-warming and enchanting fantasy.

Cambridge professor Emily Wilde is good at many things: She is the foremost expert on the study of faeries. She is a genius scholar and a meticulous researcher who is writing the world's first encyclopaedia of faerie lore. But Emily Wilde is not good at people. She could never make small talk at a party--much less get invited to one. And she prefers the company of her books, her dog Shadow, and the Fair Folk to other people.

So when she arrives in the hardscrabble village of Hransvik, Emily has no intention of befriending the gruff townsfolk. Nor does she care to spend time with another new arrival: her dashing and insufferably handsome academic rival Wendell Bambleby, who manages to charm the townsfolk, get in the middle of her research, and utterly confound and frustrate Emily.

But as Emily gets closer and closer to uncovering the secrets of the Hidden Ones--the most elusive of all faeries--lurking in the shadowy forest outside the town, she also finds herself on the trail of another mystery: Who is Wendell Bambleby, and what does he really want? To find the answer, she'll have to unlock the greatest mystery of all--her own heart.

Heather Fawcett is the author of middle grade novels Ember and the Ice Dragons, The Language of Ghosts, and The School Between Winter and Fairyland, as well as the young adult series Even the Darkest Stars. She has a master’s degree in English literature and has worked as an archaeologist, photographer, technical writer, and backstage assistant for a Shakespearean theater festival. She lives on Vancouver Island.