Home » Empire of the Vampire 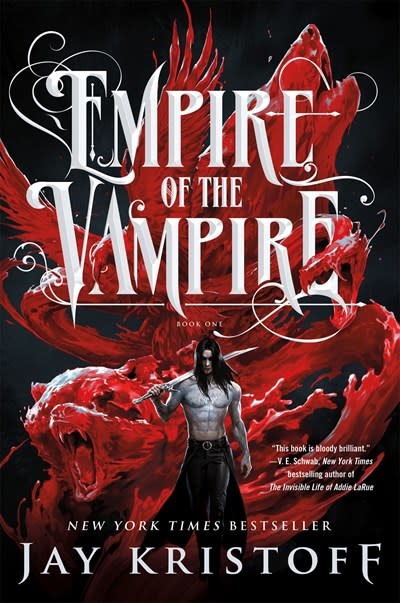 Empire of the Vampire

And in the Seven Martyrs’ sight,

It has been twenty-seven long years since the last sunrise. For nearly three decades, vampires have waged war against humanity, building their eternal empire even as they tear down our own. Now, only a few tiny sparks of light endure in a sea of darkness.

Gabriel de León is a silversaint: a member of a holy brotherhood dedicated to defending realm and church from the creatures of the night. But even the Silver Order couldn’t stem the tide once daylight failed us, and now, only Gabriel remains.

Imprisoned by the very monsters he vowed to destroy, the last silversaint is forced to tell his story. A story of legendary battles and forbidden love, of faith lost and friendships won, of the Wars of the Blood and the Forever King and the quest for humanity’s last remaining hope:

JAY KRISTOFF is a #1 international, New York Times and USA Today bestselling author of fantasy and science fiction. He is the winner of eight Aurealis Awards, an ABIA, has over half a million books in print and is published in over thirty five countries, most of which he has never visited. He is as surprised about all of this as you are. He is 6’7 and has approximately 11,500 days to live.

He does not believe in happy endings.