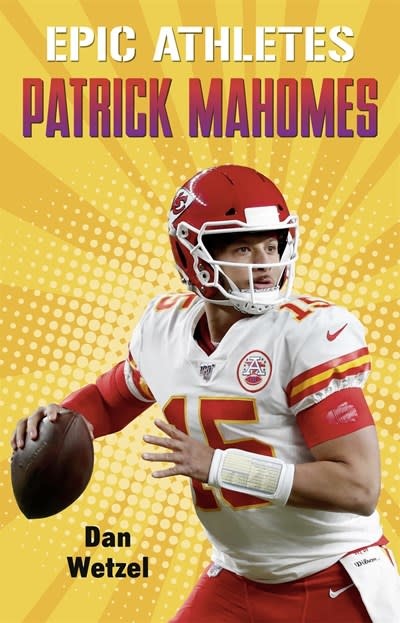 In 2018, Patrick Mahomes stepped onto the gridiron as the new, inexperienced quarterback for the Kansas City Chiefs. Just twenty-two years old at the time, football fans wondered if this young man could live up to lofty expectations. Little did they know, a star was about to be born.

With a cannon for an arm and confidence beyond his years, Patrick threw fifty touchdowns in his first full season, the youngest to ever do so. A year later, he helped Kansas City win a Super Bowl for the first time in fifty years. With limitless potential, Patrick has not only emerged as the NFL's most dynamic and exciting player, but he's also become a role model to kids across the country. Filled with sports action and comic-style illustrations, this inspiring biography tells the story of the new king of pro football.

New York Times–bestselling author Dan Wetzel has been a Yahoo Sports national columnist since 2003. He's covered events and stories around the globe, including college football, the NFL, MLB, NHL, NBA, UFC, the World Cup, and the Olympics. For years he's been called America's best sports columnist, appeared repeatedly in the prestigious Best American Sports Writing, and been honored more than a dozen times by the Associated Press Sports Editors. Dan was recently inducted into the US Basketball Writers Hall of Fame. Follow him on Twitter @DanWetzel.