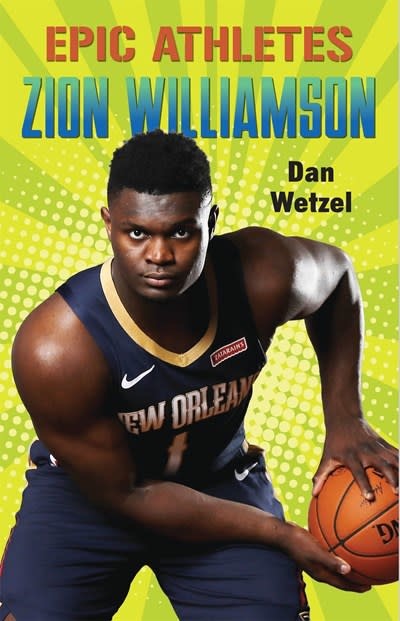 In this illustrated middle-grade biography, the tenth book in the Epic Athletes series, acclaimed sports journalist Dan Wetzel tells the inspirational story of the greatest basketball prospect of his generation!

Now a member of the New Orleans Pelicans, he'll set out to prove that he truly deserves to be the new King of Basketball. But for all the expectations and accolades, Zion remains a humble, dedicated teammate, and a terrific role model for young basketball fans across the country. Filled with sports action and comic-style illustrations, this inspiring biography tells the story of a once-in-a-generation basketball superstar.

New York Times–bestselling author Dan Wetzel has been a Yahoo Sports national columnist since 2003. He's covered events and stories around the globe, including college football, the NFL, MLB, NHL, NBA, UFC, the World Cup and the Olympics. For years he's been called America's best sports columnist, appeared repeatedly in the prestigious Best American Sports Writing and been honored more than a dozen times by the Associated Press Sports Editors. Dan was recently inducted into the U.S. Basketball Writers Hall of Fame. Follow him on Twitter @DanWetzel.