Home » Epoca: The River of Sand 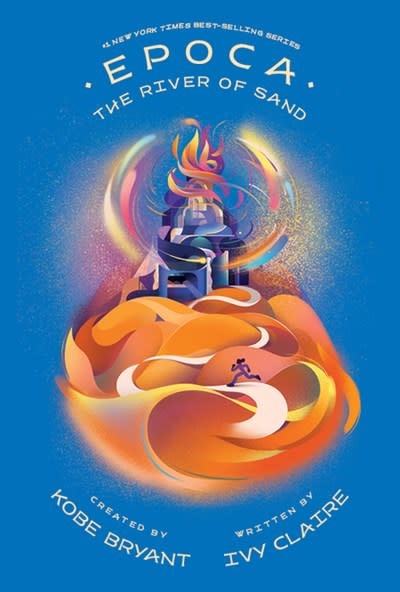 Epoca: The River of Sand

The next book in the #1 New York Times best-selling Epoca series from Kobe Bryant and Ivy Claire.

As Pretia, the Princess of Epoca, prepares to return to Ecrof, the elite magical sports academy, she is focused on the most important part of her upcoming year: the Junior Epic Games. She knows that her destiny is to rule Epoca, but right now, all she wants is to be selected for the Junior Epic team so that she can compete against the best young athletes in Epoca and bring honor to her people. But as rumors begin to swirl about unrest surrounding the Games, Pretia realizes that winning might not be as simple as being the best athlete she can be. She might have to decide which is more important: being an athlete or being a leader.

Pretia's best friend, Rovi, is ecstatic when he hears that the Junior Epic Games will be held in Phoenis, where he lived before attending Ecrof. True, his time in Phoenis wasn't ideal—he'd lived on the streets as a Star Stealer, part of a gang of kids who stole what they needed to survive—but he'd found a home there. He's excited to return as a Dreamer, an athlete at the top of his game. But all is not well with the Star Stealers. Rovi's old friends are being blamed for the unrest surrounding the Games, even though he's sure they have nothing to do with it. Now that he's back in Phoenis, Rovi is faced with a difficult question: Is he a Dreamer or a Star Stealer? Can he be both?

As tensions mount, Pretia and Rovi, along with their friend Vera, find themselves in a race to save the Star Stealers. And they begin to understand that if anyone is going to make a new future for Epoca, it just might be them.

Kobe Bryant was an Academy Award winner, a New York Times best-selling author, and the CEO of Granity Studios, a multimedia content creation company. He was also a five-time NBA champion, two-time NBA Finals MVP, NBA MVP, and two-time Olympic gold medalist. In everything he built, Kobe was driven to teach the next generation how to reach their full potential. He believed in the beauty of the process, in the strength that comes from inner magic, and in achieving the impossible. His legacy continues today.

Ivy Claire is a former world ranked athlete and national and collegiate squash champion. She spent a decade competing internationally before turning full-time to writing. She holds a degree in classics and in a parallel life is a literary novelist. She lives in Los Angeles with her family.