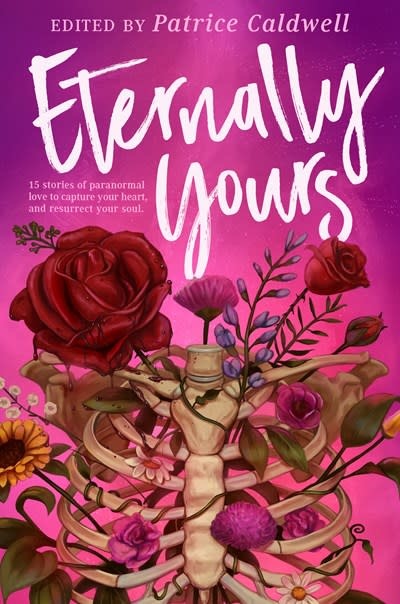 Vampires and merpeople, angels and demons—the paranormal is full of  unusual beings. The stories in this anthology imagine worlds where the only thing more powerful than the supernatural, is love.

Patrice Caldwell is a graduate of Wellesley College and the founder of People of Color in Publishing—a grassroots organization dedicated to supporting, empowering, and uplifting racially and ethnically marginalized members of the book publishing industry. Born and raised in Texas, Patrice was a children’s book editor before becoming a literary agent. She’s been named to Forbes’ “30 Under 30” media list, a Publishers Weekly Star Watch honoree, and featured on Bustle’s inaugural “Lit List” as one of ten women changing the book world.

Patrice’s debut novel, Where Shadows Reign—the first in a YA fantasy duology—is out Spring 2023 from Wednesday Books/Macmillan. She is also the editor of A Phoenix First Must Burn, Sixteen Stories of Black Girl Magic, Resistance, and Hope and Eternally Yours, a YA paranormal romance anthology out in Fall 2022. Visit Patrice online at patricecaldwell.com, Twitter @whimsicallyours, and Instagram @whimsicalaquarian.