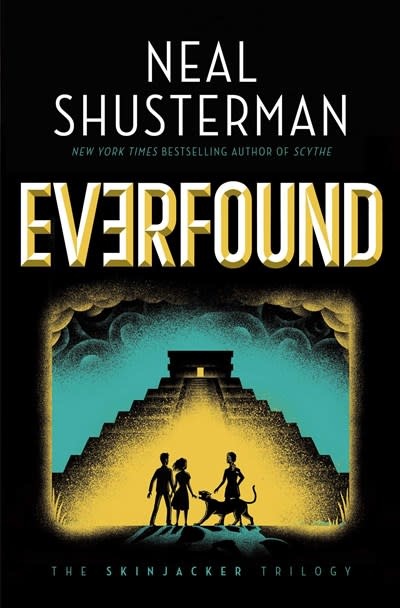 “Compellingly readable and a worthy finale to the Skinjacker trilogy.” —VOYA

In the stunning conclusion to the Skinjacker trilogy by New York Times bestselling and award-winning author Neal Shusterman, the final battle for the very soul of Everlost rages on.

As Mary Hightower slumbers in a glass coffin waiting to be reborn back into Everlost, her allies and henchmen begin to carry out her terrible mission. Mary’s army is joined by a newcomer: Jix, a spy for the Mayan King of Everlost. A furjacker who skinjacks great cats, Jix has his own agenda.

Meanwhile, Mikey McGill desperately tries to rescue Allie the Outcast. At his side is Nick the Chocolate Ogre, who has become pure chocolate and hardly remembers himself at all. Mikey encounters a creature that scares even the mighty McGill: a scar wraith, whose touch can extinguish an Afterlight forever.

As fights and schemes come to a head, it becomes clear that the outcome of this battle will determine not just the fate of Everlost, but the fate of the living world as well.