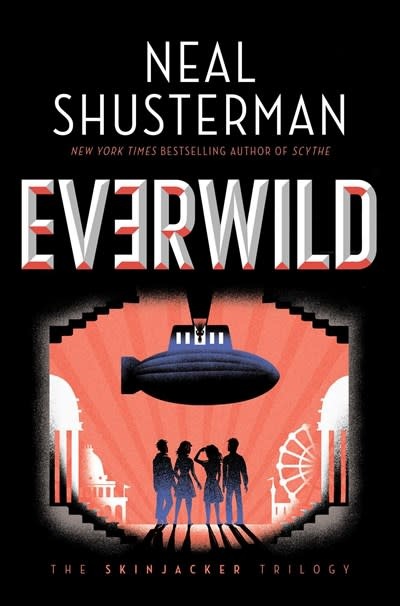 After the events of Everlost, Nick and Allie are on separate paths—and Everlost, the limbo land of dead children, is at war in this riveting novel from New York Times bestselling and award-winning author Neal Shusterman.

Nick wants to help the dead reach the light at the end of the tunnel, but Mary Hightower, their self-proclaimed queen and a dangerous fanatic, is determined to keep them trapped in Everlost for all of eternity. Traveling in the memory of the Hindenburg, Mary is spreading her propaganda and attracting Afterlights to her cause at a frightening speed.

Allie travels home to seek out her parents, along with Mikey, who was once the terrifying monster the McGill. Allie is tempted by the seductive thrill of skinjacking the living, until she discovers the shocking truth about skinjackers that makes her question her place in both worlds.