Home » Everything Sad Is Untrue 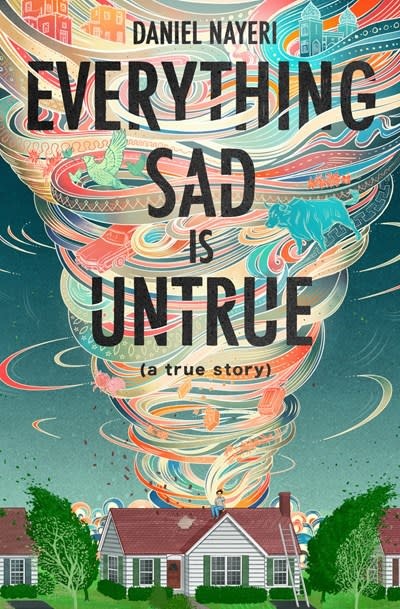 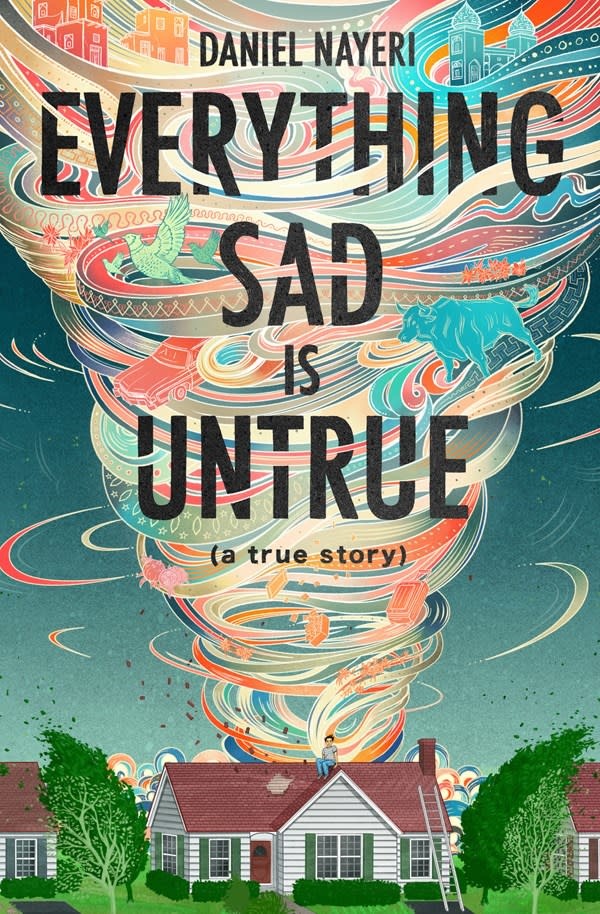 The unforgettable voice of a young refugee gives this groundbreaking autobiographical its beating heart. Capturing the essence of A Thousand and One Nights, from middle school humiliations to wondrous Persian myths, you will find one powerful narrative, united by hope for a world that ought to be.

At the front of a middle school classroom in Oklahoma, a boy named Khosrou (whom everyone calls "Daniel") stands, trying to tell a story. His story. But no one believes a word he says. To them he is a dark-skinned, hairy-armed boy with a big butt whose lunch smells funny; who makes things up and talks about poop too much.

But Khosrou's stories, stretching back years, and decades, and centuries, are beautiful, and terrifying, from the moment his family fled Iran in the middle of the night with the secret police moments behind them, back to the sad, cement refugee camps of Italy.and further back to the fields near the river Aras, where rain-soaked flowers bled red like the yolk of sunset burst over everything, and further back still to the Jasmine-scented city of Isfahan.

We bounce between a school bus of kids armed with paper clip missiles and spitballs to the heroines and heroes of Khosrou's family's past, who ate pastries that made people weep and cry "Akh, Tamar!" and touched carpets woven with precious gems.

Like Scheherazade in a hostile classroom, Daniel weaves a tale to save his own life: to stake his claim to the truth. And it is (a true story).

Daniel Nayeri was born in Iran and spent a couple of years as a refugee before immigrating to Oklahoma at age eight with his family. He is the publisher of Odd Dot, an imprint of Macmillan, making him one of the youngest publishers in the industry. He has served on the CBC diversity committee and the CBC panel committee.