Home » Everything Within and In Between 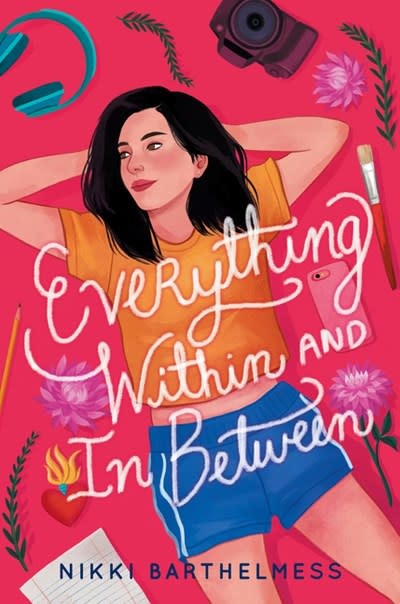 Everything Within and In Between

I Am Not Your Perfect Mexican Daughter meets Color Me In in Everything Within and In Between where Ri Fernández struggles to reclaim a heritage and a mother from her strict grandmother who has kept Ri away from both.

For Ri Fernández’s entire life, she’s been told, “We live in America and we speak English.” Raised by her strict Mexican grandma, Ri has never been allowed to learn Spanish. What’s more, her grandma has always pushed Ri away from the neighborhood they call home and toward her best friend’s world of mansions and country clubs in the hopes that it’ll bring Ri closer to achieving the “American Dream."In her most private thoughts, Ri has always believed that her mother, who disappeared when she was young, would accept her exactly how she is. So when Ri finds a secret unanswered letter from her mom begging for a visit, Ri decides to reclaim what her grandma kept from her: a language and a mother. But nothing goes as planned. Her mom isn’t who Ri imagined she would be. And Ri’s struggling to navigate the different interweaving threads of her mixed heritage that make her who she is. Nobody has any idea of who Ri really is—not even Ri, herself.Everything Within and In Between is a new deeply honest story about the bonds between families and defining who you are for yourself from acclaimed author Nikki Barthelmess.