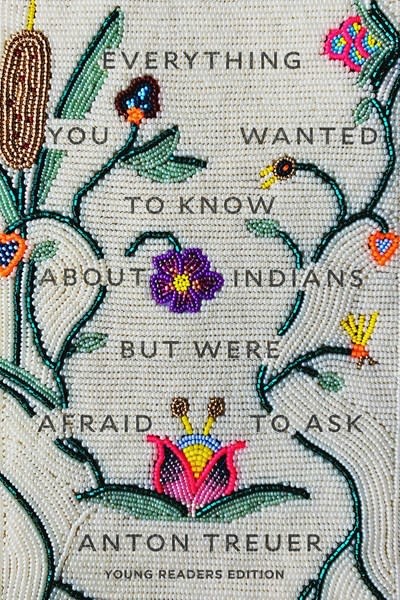 From the acclaimed Ojibwe author and professor Anton Treuer comes an essential book of questions and answers for Native and non-Native young readers alike. Ranging from "Why is there such a fuss about nonnative people wearing Indian costumes for Halloween?" to "Why is it called a 'traditional Indian fry bread taco'?" to "What's it like for natives who don't look native?" to "Why are Indians so often imagined rather than understood?", and beyond, Everything You Wanted to Know About Indians But Were Afraid to Ask (Young Readers Edition) does exactly what its title says for young readers, in a style consistently thoughtful, personal, and engaging.

Updated and expanded to include:

Dr. Anton Treuer (pronounced troy-er) is Professor of Ojibwe at Bemidji State University and author of 19 books. His equity, education, and cultural work has put him on a path of service around the region, the nation, and the world. He has a B.A. from Princeton University and a M.A. and Ph.D. from the University of Minnesota. He is Editor of the Oshkaabewis (pronounced o-shkaah-bay-wis) Native Journal, the only academic journal of the Ojibwe language. Dr. Treuer has presented all over the U.S. and Canada and in several foreign countries on Everything You Wanted to Know About Indians But Were Afraid to Ask, Cultural Competence & Equity, Strategies for Addressing the "Achievement" Gap, and Tribal Sovereignty, History, Language, and Culture. He has sat on many organizational boards and has received more than 40 prestigious awards and fellowships, including ones from the American Philosophical Society, the National Endowment for the Humanities, the National Science Foundation, the MacArthur Foundation, the Bush Foundation, and the John Simon Guggenheim Foundation.

Treuer is on the governing board for the Minnesota State Historical Society. In 2018, he was named Guardian of Culture and Lifeways and recipient of the Pathfinder Award by the Association of Tribal Archives, Libraries, and Museums.