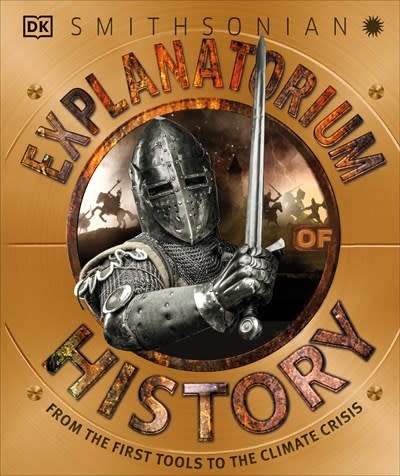 Take a roller-coaster ride through the past with this fact-packed and visually stunning children’s history encyclopedia.

Discover the major turning points in history, from the evolution and migrations of early humans, to the rise and fall of great empires such as Ancient Rome and the Aztecs. Get the inside track on wars and conflict, including European knights, Japanese samurai, Inca warriors, and the major clashes of World War I, World War II, the Cold War, the War on Terror, and so much more.

This visual reference encyclopedia uses stunning photographs and supporting illustrations to trace the history of science from Ancient Greece, through the major contributions of the Islamic world, the Scientific Revolution, the Space Race, and on to modern technology. The arts, religions, and ideas are also showcased, from Australian Aboriginal Dreamtime, the Renaissance, and Greek drama to the origins of major world religions, such as Christianity and Buddhism.

Explanatorium of History is the ultimate visual encyclopedia for kids ages 10-14, telling the story of “us,” from the dawn of human history up to the present.

We believe in the power of discovery. That’s why we create books for everyone that explore ideas and nurture curiosity about the world we live in.

From first words to the Big Bang, from the wonders of nature to city adventures, you will find expert knowledge, hours of fun and endless inspiration in the pages of our books.