Home » Extraterrestrial: The First Sign of Intelligent Life Beyond Earth 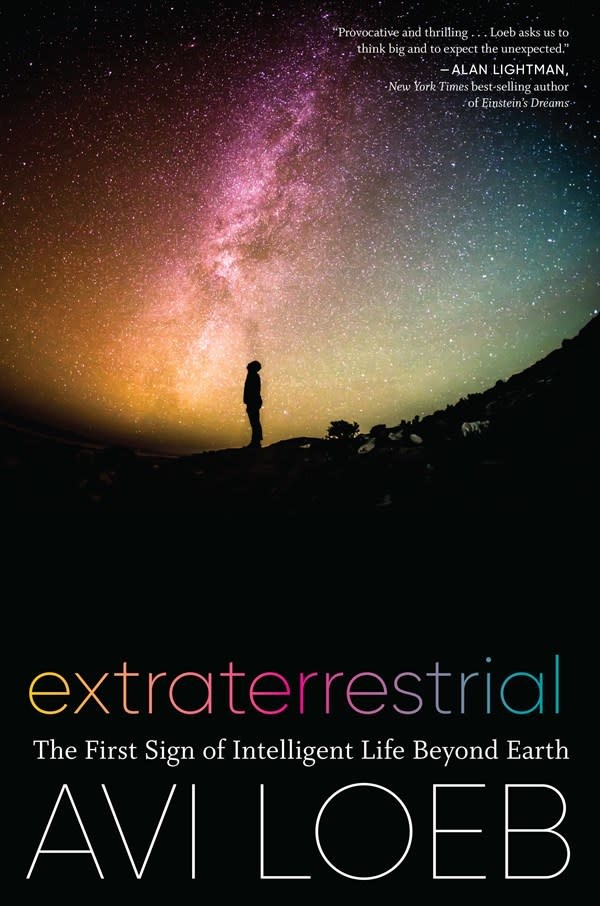 Extraterrestrial: The First Sign of Intelligent Life Beyond Earth

“Provocative and thrilling ... Loeb asks us to think big and to expect the unexpected.” —Alan Lightman, New York Times best-selling author of Einstein’s Dreams and Searching for Stars on an Island in Maine

Harvard’s top astronomer lays out his controversial theory that our solar system was recently visited by advanced alien technology from a distant star.

In late 2017, scientists at a Hawaiian observatory glimpsed an object soaring through our inner solar system, moving so quickly that it could only have come from another star. Avi Loeb, Harvard’s top astronomer, showed it was not an asteroid; it was moving too fast along a strange orbit, and left no trail of gas or debris in its wake. There was only one conceivable explanation: the object was a piece of advanced technology created by a distant alien civilization.

In Extraterrestrial, Loeb takes readers inside the thrilling story of the first interstellar visitor to be spotted in our solar system. He outlines his controversial theory and its profound implications: for science, for religion, and for the future of our species and our planet. A mind-bending journey through the furthest reaches of science, space-time, and the human imagination, Extraterrestrial challenges readers to aim for the stars—and to think critically about what’s out there, no matter how strange it seems.

ABRAHAM (AVI) LOEB is the Frank B. Baird, Jr., Professor of Science at Harvard University, chair of Harvard's Department of Astronomy, founding director of Harvard's Black Hole Initiative, and director of the Institute for Theory and Computation (ITC) within the Harvard-Smithsonian Center for Astrophysics. He also chairs the Advisory Committee for the Breakthrough Starshot Initiative, and serves as the science theory director for all Initiatives of the Breakthrough Prize Foundation, as well as chair of the Board on Physics and Astronomy of the National Academies. Author of four books and over 700 scientific papers, Loeb is an elected fellow of the American Academy of Arts & Sciences, the American Physical Society, and the International Academy of Astronautics. In 2012, Time selected Loeb as one of the twenty-five most influential people in space.