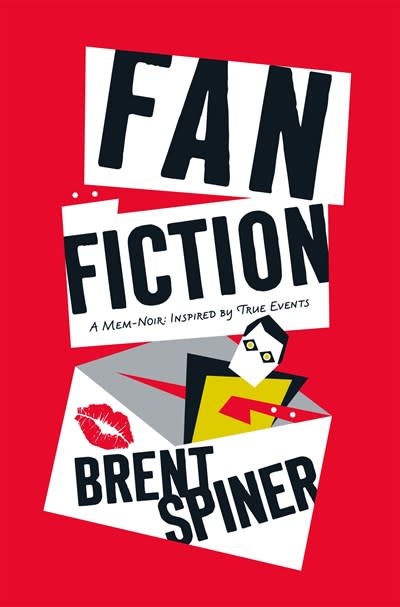 A serio-comic semi-autobiographical thriller by Star Trek icon Brent Spiner, inspired by true events from his time on the show.

Brent Spiner pens an explosive and hilarious novel, Fan Fiction, a personal look at the slightly askew view of the relationship between a celebrity and his fans. If the Coen Brothers were to make a Star Trek movie, involving the complexity of fan obsession and sci-fi, this noir comedy might just be the one.

Set in 1991, just as Star Trek: The Next Generation has rocketed the cast to global fame, the young and impressionable actor, Brent Spiner receives a mysterious package and a series of disturbing letters, that take him on a terrifying and bizarre journey that enlists Paramount Security, the LAPD, and even the FBI in putting a stop to the danger that has his life and career hanging in the balance.

Featuring a cast of characters from Patrick Stewart to Levar Burton to Trek creator Gene Roddenberry, to some completely imagined, this is the fictional autobiography that takes readers into the life of Brent Spiner, and tells an amazing tale about the trappings of celebrity and the fear he has carried with him his entire life.

Fan Fiction is a zany love letter to a world in which we all participate: the phenomenon of “Fandom.”

BRENT SPINER is an actor, comedian, and singer best known for playing the android Lieutenant Commander Data on Star Trek: The Next Generation from 1987-1994. He has appeared in numerous television roles, in films, and in theatre on Broadway, Off-Broadway and in Los Angeles. He currently has an upcoming role in the T.V. series Star Trek: Picard.