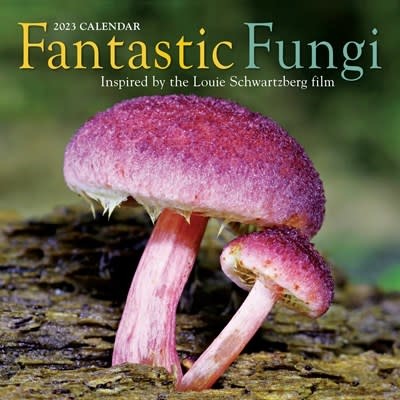 The perfect gift for foragers, nature lovers, and mycologists.

Neither plant nor animal, fungi inhabit a kingdom all their own. They are surprising and wildly diverse, ranging from the button mushrooms at your local supermarket, to yeasts, to shockingly colorful specimens that look like they could be from another planet—and they’re enjoying a moment, thanks to the hit documentary by director and cinematographer Louie Schwartzberg. Introducing Fantastic Fungi, a brand-new calendar inspired by the film that celebrates fungi in all its forms. Each month features a gorgeous, full-color photograph showcasing a fungus species in its natural habitat. The Fly Agaric, with its bright red cap and white spots. The otherworldly Ghost mushroom, which glows with its own light from within. And the Yellow Stagshorn, resembling a sea anemone emerging from the forest floor. Detailed captions describing the species and its habitat accompany each image. Printed on responsibly sourced paper.