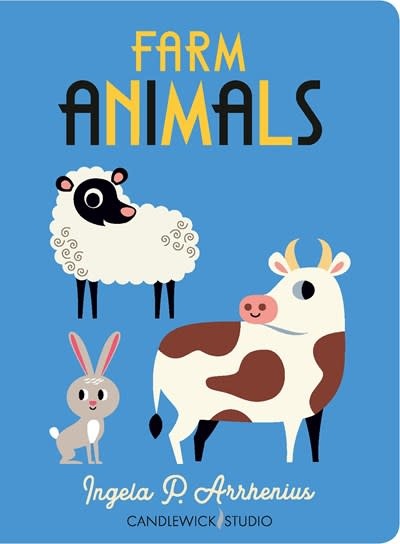 Calling little fans of farm animals—and design-loving parents! An oversize graphic showpiece has now been adapted as an accessible board book.

A fluffy sheep. A proud rooster. A slithery snake. There are so many farm animals to adore! Adapted from designer Ingela P. Arrhenius’s gigantic showcase picture book Animals—but focusing only on its farm creatures—this bucolic board book presents stylized animals in a smaller, child-friendly format. Each retro illustration is accompanied by the creature’s name in an eye-catching treatment, making for a book that is sure to delight young ones nearly as much as a trip to a petting zoo.