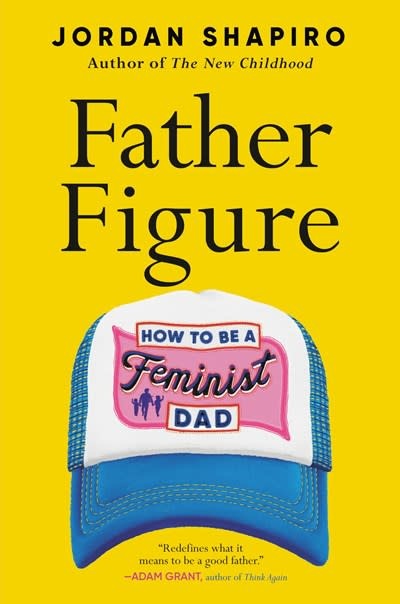 From digital-age parenting expert Jordan Shapiro, a thoughtful and long-overdue exploration of fatherhood and masculinity in the 21st century.

There are hundreds of books on parenting, and with good reason—becoming a parent is scary, difficult, and life-changing. But when it comes to books about parenting identity, rather than the nuts and bolts of raising children, nearly all are about what it's like to be a mother.

Drawing on research in sociology, economics, philosophy, gender studies, and the author's own experiences, Father Figure sets out to fill that gap. It's an exploration of the psychology of fatherhood from an archetypal perspective as well as a cultural history that challenges familiar assumptions about the origins of so-called traditional parenting roles. What paradoxes and contradictions are inherent in our common understanding of dads? Might it be time to rethink some aspects of fatherhood?

Gender norms are changing, and old economic models are facing disruption. As a result, parenthood and family life are undergoing an existential transformation. And yet, the narratives and images of dads available to us are wholly inadequate for this transition. Victorian and Industrial Age tropes about fathers not only dominate the media, but also contour most people's lived experience. Father Figure offers a badly needed update to our collective understanding of fatherhood—and masculinity in general. It teaches dads how to embrace the joys of fathering while guiding them toward an image of manliness for the modern world.

Jordan Shapiro, PhD, is father to two children and step-father to two more. He lives in Philadelphia with his partner Amanda Steinberg. He teaches in Temple University’s Intellectual Heritage Program. He’s senior fellow for the Joan Ganz Cooney Center at Sesame Workshop, and nonresident fellow in the Center for Universal Education at the Brookings Institution. His previous book, The New Childhood (2018), received wide critical acclaim and has been published in 11 languages.