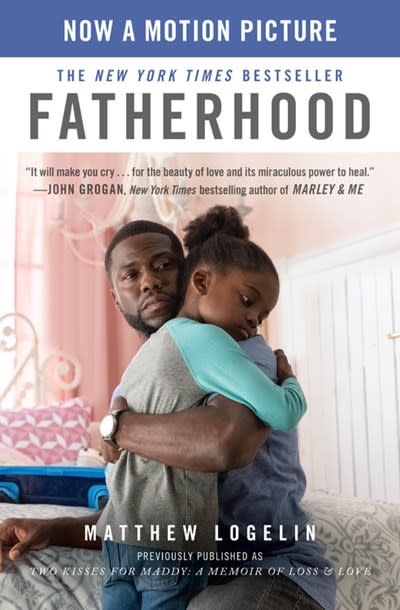 Fatherhood: A Memoir of Loss & Love

Soon to be a major motion picture starring Kevin Hart and winner of the Goodreads Choice Award for Best Memoir & Autobiography, here is the courageous and searingly honest memoir about the first year of the author's life following the birth of his daughter and the death of his wife.

Matt and Liz Logelin were high school sweethearts. After years of long-distance dating, the pair finally settled together in Los Angeles, and they had it all: a perfect marriage, a gorgeous new home, and a baby girl on the way. Liz's pregnancy was rocky, but they welcomed Madeline, beautiful and healthy, into the world. Just twenty-seven hours later, Liz suffered a pulmonary embolism and died instantly, without ever holding the daughter whose arrival she had so eagerly awaited.

Though confronted with devastating grief and the responsibilities of a new and single father, Matt did not surrender to devastation; he chose to keep moving forward-to make a life for Maddy.

In this memoir, Matt shares bittersweet and often humorous anecdotes of his courtship and marriage to Liz; of relying on his newborn daughter for the support that she unknowingly provided; and of the extraordinary online community of strangers who have become his friends. In honoring Liz's legacy, heartache has become solace.

Born and bred in Minnesota, Matt Logelin was a project manager at Yahoo! until he left the company to focus on writing this book and raising his daughter, Madeline. The two live in Los Angeles, traveling often to see as much of the world as possible. Please visit them at www.mattlogelin.com