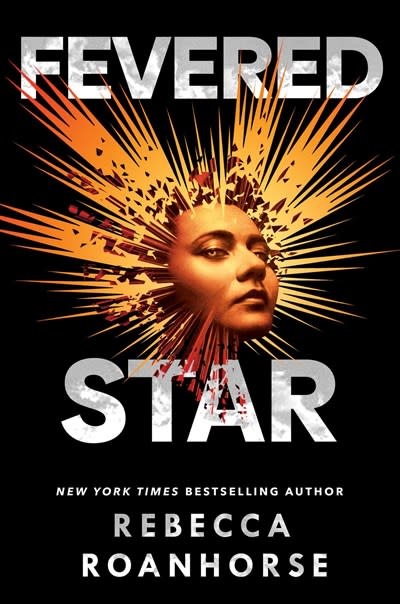 Between Earth and Sky #2 Fevered Star

Return to The Meridian with New York Times bestselling author Rebecca Roanhorse’s sequel to the most critically hailed epic fantasy of 2020 Black Sun—finalist for the Hugo, Nebula, Lambda, and Locus awards.

There are no tides more treacherous than those of the heart. —Teek saying

The great city of Tova is shattered. The sun is held within the smothering grip of the Crow God’s eclipse, but a comet that marks the death of a ruler and heralds the rise of a new order is imminent.

The Meridian: a land where magic has been codified and the worship of gods suppressed. How do you live when legends come to life, and the faith you had is rewarded?

As sea captain Xiala is swept up in the chaos and currents of change, she finds an unexpected ally in the former Priest of Knives. For the Clan Matriarchs of Tova, tense alliances form as far-flung enemies gather and the war in the heavens is reflected upon the earth.

And for Serapio and Naranpa, both now living avatars, the struggle for free will and personhood in the face of destiny rages. How will Serapio stay human when he is steeped in prophecy and surrounded by those who desire only his power? Is there a future for Naranpa in a transformed Tova without her total destruction?

Welcome back to the fantasy series of the decade in Fevered Star—book two of Between Earth and Sky.

Rebecca Roanhorse is the New York Times bestselling author of Trail of Lightning, Storm of Locusts, Black Sun, and Star Wars: Resistance Reborn. She has won the Nebula, Hugo, and Locus Awards for her fiction, and was the recipient of the 2018 Astounding (formerly Campbell) Award for Best New Writer. The next book in her Between Earth and Sky series, Fevered Star, is out in March 2022. She lives in New Mexico with her family.