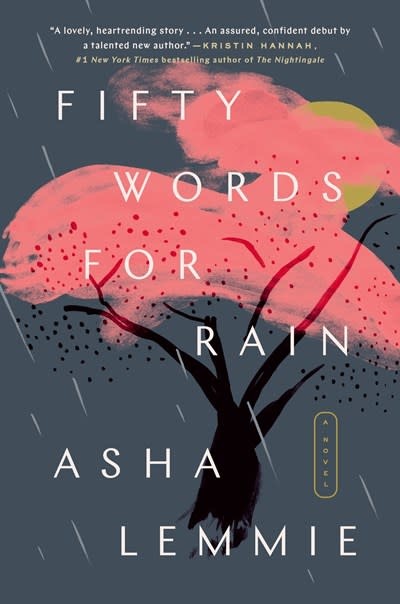 Kyoto, Japan, 1948. “If a woman knows nothing else, she should know how to be silent…Do not question. Do not fight. Do not resist.” Such is eight-year-old Noriko “Nori” Kamiza’s first lesson. She will not question why her mother abandoned her with only these final words. She will not fight her confinement to the attic of her grandparents’ imperial estate. And she will not resist the scalding chemical baths she receives daily to lighten her shameful skin.

The child of a married Japanese aristocrat and her African-American GI lover, Nori is an outsider from birth. Though her grandparents take her in, they do so only to conceal her, fearful of a stain on the royal pedigree that they are desperate to uphold in a changing Japan. Obedient to a fault, Nori accepts her solitary life for what it is, despite her natural intellect and nagging curiosity about what lies outside the attic’s walls. But when chance brings her “legitimate” older half-brother, Akira, to the estate that is his inheritance and destiny, Nori finds in him the first person who will allow her to question, and the siblings form an unlikely but powerful bond—a bond their formidable grandparents cannot allow, and that will irrevocably change the lives they were always meant to lead. Because now that Nori has glimpsed a world in which perhaps there is a place for her after all, she is ready to fight to be a part of it—a battle that just might cost her everything.

Spanning decades and continents, Fifty Words for Rain is a dazzling epic about the ties that bind, the ties that give you strength, and what it means to try to break free.

Asha Lemmie was born in Virginia and raised in Maryland. She attended school in Washington, DC, where she was fortunate to be exposed to a wide variety of cultural influences. After graduating from Boston College with a degree in English Literature and Creative Writing, she relocated to New York City where she worked in book publishing. Fifty Words for Rain is her first novel.