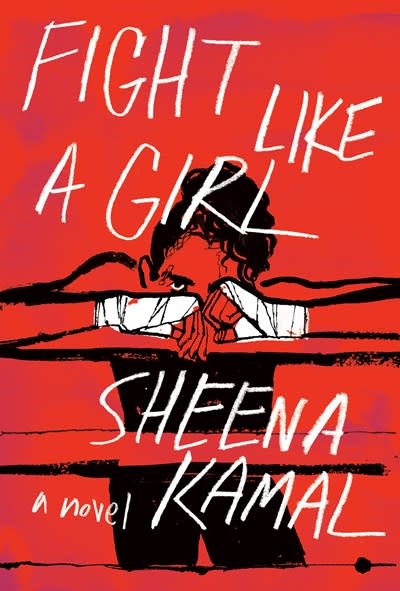 Award-winning thriller writer Sheena Kamal delivers a kick-ass debut YA novel about a teenage kick-boxer coming to terms with her father passing away.

Love and violence. In some families they’re bound up together, dysfunctional and poisonous, passed from generation to generation like eye color or a quirk of smile. Trisha’s trying to break the chain, channeling her violent impulses into Muay Thai kickboxing, an unlikely sport for a slightly built girl of Trinidadian descent. Her father comes and goes as he pleases, his presence adding a layer of tension to the Toronto east-end townhouse that Trisha and her mom call home, every punch he lands on her mother carving itself indelibly into Trisha’s mind. Until the night he wanders out drunk in front of the car Trisha is driving, practicing on her learner’s permit, her mother in the passenger seat. Her father is killed, and her mother seems strangely at peace. Lighter, somehow. Trisha doesn’t know exactly what happened that night, but she’s afraid it’s going to happen again. Her mom has a new man in her life and the patterns, they are repeating.

SHEENA KAMAL holds an HBA in Political Science from the University of Toronto, and was awarded a TD Canada Trust scholarship for community leadership and activism around the issue of homelessness. Her debut novel The Lost Ones (US)/Eyes Like Mine (UK) won the 2018 Kobo Emerging Writer Prize, a Strand Magazine Critics Award and Macavity Award for Best First Novel. It has been sold in fifteen countries and was a Globe and Mail Bestseller, a Time Magazine Recommended Read, an iBooks Best Book, a Bustle Best Book and a Powell’s Pick. Fight Like a Girl is her debut YA novel and is also published in the UK by Hot Key Books. Kamal divides her time between Vancouver and Toronto.