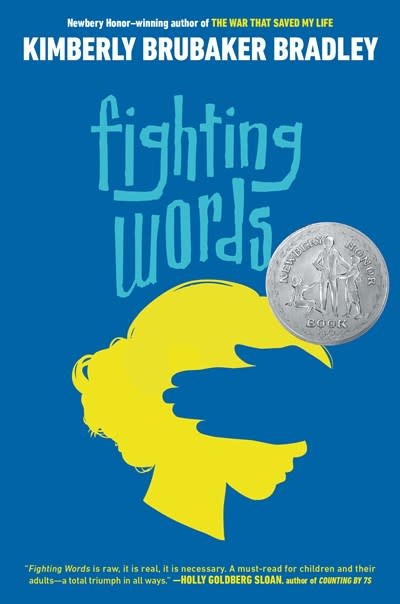 Ten-year-old Della has always had her older sister, Suki: When their mom went to prison, Della had Suki. When their mom’s boyfriend took them in, Della had Suki. When that same boyfriend did something so awful they had to run fast, Della had Suki. Suki is Della’s own wolf—her protector. But who has been protecting Suki? Della might get told off for swearing at school, but she has always known how to keep quiet where it counts. Then Suki tries to kill herself, and Della’s world turns so far upside down, it feels like it’s shaking her by the ankles. Maybe she’s been quiet about the wrong things. Maybe it’s time to be loud.

In this powerful novel that explodes the stigma around child sexual abuse and leavens an intense tale with compassion and humor, Kimberly Brubaker Bradley tells a story about two sisters, linked by love and trauma, who must find their own voices before they can find their way back to each other.

Kimberly Brubaker Bradley is the author of several middle grade novels, including the widely acclaimed Jefferson’s Sons and the New York Times best sellers The War I Finally Won and The War That Saved My Life, which also earned a Newbery Honor and a Schneider Award. She and her husband have two grown children and live with their dog, several ponies, a highly opinionated mare, and a surplus of cats on a ﬁfty-two-acre farm in Bristol, Tennessee.