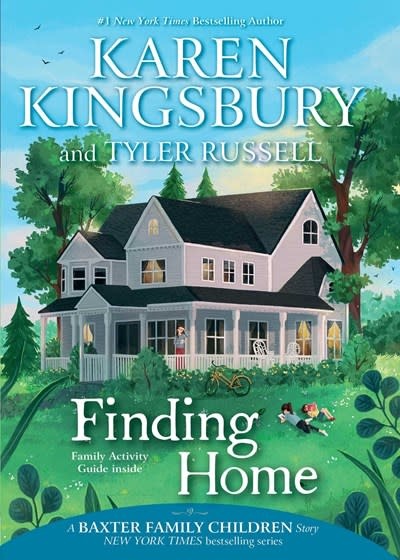 Much-loved storyteller Karen Kingsbury’s Baxter Family books have captured the hearts of tens of millions of readers who have come to think of the Baxter family as their own. Now Karen Kingsbury and her son Tyler Russell inspire and entertain young readers by going back in time to tell the childhood stories of the beloved Baxter children—Brooke, Kari, Ashley, Erin, and Luke.

Summer is over and Dad begins his important position at an Indiana hospital. Like it or not, Bloomington is the Baxter Family’s new home. As school starts, everyone finds reasons to be excited about the move. Everyone, that is, except Ashley. Ashley desperately misses the home and friends she left behind. As she realizes her siblings have their struggles, too, she can’t help but wonder if unlikely friends can be the best friends of all? And could time and love from her family be enough to make a house feel like home?