Home » Fiona and Jane: A friendship in short stories 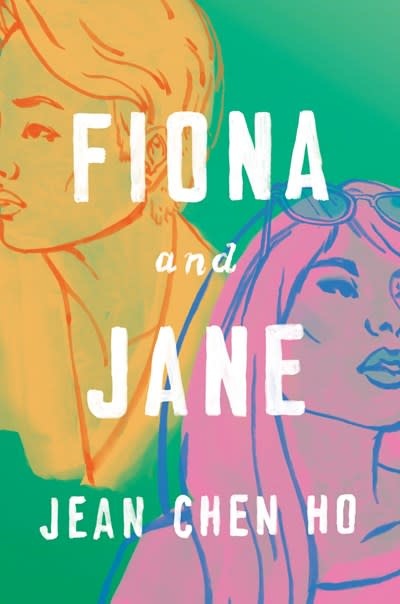 Fiona and Jane: A friendship in short stories

A witty, warm, and irreverent book that traces the lives of two young Taiwanese American women as they navigate friendship, sexuality, identity, and heartbreak over two decades.

Best friends since second grade, Fiona Lin and Jane Shen explore the lonely highways and seedy bars of Los Angeles together through their teenage years, surviving unfulfilling romantic encounters, and carrying with them the scars of their families’ tumultuous pasts. Fiona was always destined to leave, her effortless beauty burnished by fierce ambition—qualities that Jane admired and feared in equal measure. When Fiona moves to New York and cares for a sick friend through a breakup with an opportunistic boyfriend, Jane remains in California and grieves her estranged father’s sudden death, in the process alienating an overzealous girlfriend. Strained by distance and unintended betrayals, the women float in and out of each other’s lives, their friendship both a beacon of home and a reminder of all they’ve lost.

In stories told in alternating voices, Jean Chen Ho’s debut collection peels back the layers of female friendship—the intensity, resentment, and boundless love—to probe the beating hearts of young women coming to terms with themselves, and each other, in light of the insecurities and shame that holds them back.

Spanning countries and selves, Fiona and Jane is an intimate portrait of a friendship, a deep dive into the universal perplexities of being young and alive, and a bracingly honest account of two Asian women who dare to stake a claim on joy in a changing, contemporary America.

Jean Chen Ho is a writer and doctoral candidate in creative writing and literature at the University of Southern California, where she is a Dornsife Fellow in fiction. She has an MFA from the University of Nevada, Las Vegas, and her writing has been published in Guernica, The Rumpus, The Offing, Apogee, McSweeney’s Internet Tendency, VIDA, NPR, BuzzFeed, Bitch, and others. She was born in Taiwan, grew up in Southern California, and lives in Los Angeles.