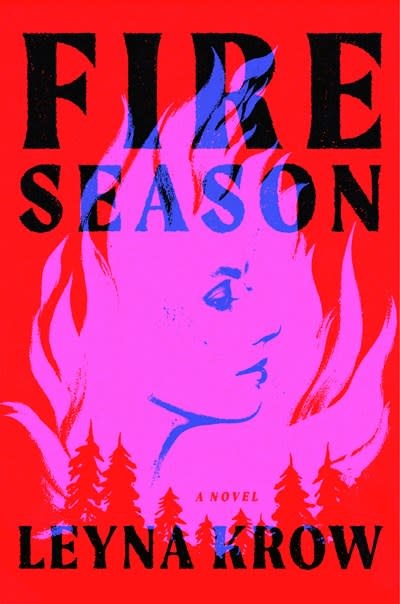 The propulsive story of three scheming opportunists—a banker, a conman, and a woman with an extraordinary gift—whose lives collide in the wake of a devastating fire in the American West

For the citizens of Spokane Falls, the fire of 1889 that destroyed their frontier boomtown was no disaster; it was an opportunity. Barton Heydale, manager of the only bank in Spokane Falls, is on the verge of ending his short, unpopular life. But when his city goes up in flames, he sees an ember of hope shimmering on the horizon, headed right for him. As citizens flock to the bank to cash out insurance policies and take out loans, he realizes he can command the power he craves—and it’s not by following the rules. Here is his reason to live.

When Quake Auchenbaucher, a career con man hired to investigate the cause of the fire, arrives in Spokane Falls, he employs his usual shady tactics. But this time, with Washington Territory vying for statehood, the sudden attention to due process jeopardizes Quake’s methods of manipulation.

And then there’s Roslyn Beck, whose uncanny ability to see the future has long driven her to drink, and with whom both Barton and Quake have fallen madly and dangerously in love. She is known as a “certain kind of woman,” in possession of unique talents and influence, if only she can find the right ways to wield them. As their paths collide, diverge, and collide again, Barton, Quake, and Roslyn come to terms with their own needs for power, greed, and control, leading one to total ruin, one to heartbreak, and one, ultimately, to redemption.

With masterful precision, devious originality, and dark whimsy, Fire Season freshly imagines the greed and misogyny of the American West to tell a rollicking, bewitching story about finding purpose in the face of injustice.

Leyna Krow is the author of the short story collection I’m Fine, But You Appear to Be Sinking, which was a Believer Book Award finalist. She lives in Spokane, Washington, with her husband and two children.