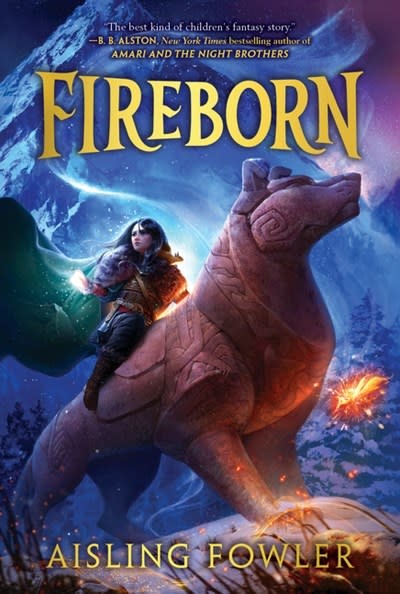 Ember is full of monsters.Twelve gave up her name and identity to train in the art of hunting them—so she says. The truth is much more deadly: she trains to take revenge on those who took her family from her.But when Twelve’s new home is attacked, she’ll find herself on an unexpected journey where her hidden past is inescapably intertwined with her destiny—and the very fate of her world.Lyra. Lucy. Percy. Once in a generation, a hero emerges whose story enthralls readers worldwide. Fireborn is one such epic quest—perfect for fans of the His Dark Materials and the School for Good and Evil series—that will spin readers into a magical world like no other and introduce them to an unforgettable new heroine named Twelve.

Aisling Fowler wishes that she had grown up in a magical, mountainous kingdom but was actually raised in Surrey on a diet of books and Buffy the Vampire Slayer. After earning a BS in biology and working first as a support worker and then a nurse, she got the idea for Fireborn as she moved back and forth between London and the US. Now based in Hackney, when she is not reading or writing, Aisling loves cooking and plotting adventures (for herself as well as her fictional characters).