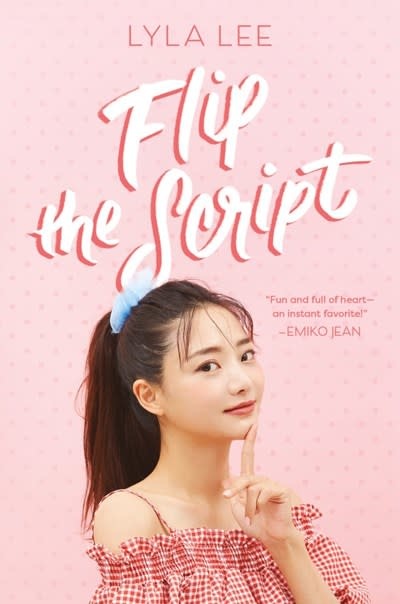 I’ll Be the One author Lyla Lee delivers a simmering, joyous novel that flips the script on K-drama love triangles. When a Korean American actress is asked by producers to fake date her male costar, the last thing she expects is to fall in love with her female romantic competitor on the show. Perfect for fans of Leah Johnson, Jenny Han, and Becky Albertalli.

The first rule of watching K-dramas: Never fall in love with the second lead.Hana knows this. She’s been consuming K-dramas her whole life, and now she’s finally living out her dream in Seoul, Korea—playing a lead role in a buzzy new K-drama, and all while dating her costar and K-pop heartthrob Bryan Yoon. Millions would kill to be her. Yet underneath the glittering façade, the truth is much more complicated.Her “relationship” with Bryan comes with a strict contract, designed to help the two co-stars drum up interest in their show. But when viewership numbers fall, the producers add another lead actress to create a love triangle on the show. And it’s not just any lead actress—Hana’s rival on the show is none other than Minjee, her former best friend, classmate . . . and crush. While they compete for Bryan’s affections onscreen, Hana and Minjee fall in love behind the scenes—but if anyone finds out, the scandal will end their careers.Hana didn’t mean to fall for anyone, and certainly not the adversary threatening her top billing. But hiding in secret isn’t working for them. In this simmering, joyous novel, author Lyla Lee delivers a tender romance between two brave girls who know that when the script isn’t working, it’s time to rewrite it.

Lyla Lee is the author of I’ll Be the One and the Mindy Kim series for younger readers. Born in a small town in South Korea, she’s since lived in various cities throughout the United States. After studying psychology and cinematic arts at the University of Southern California and working in Hollywood, Lyla now lives in Dallas, Texas. You can visit her at www.lylaleebooks.com.