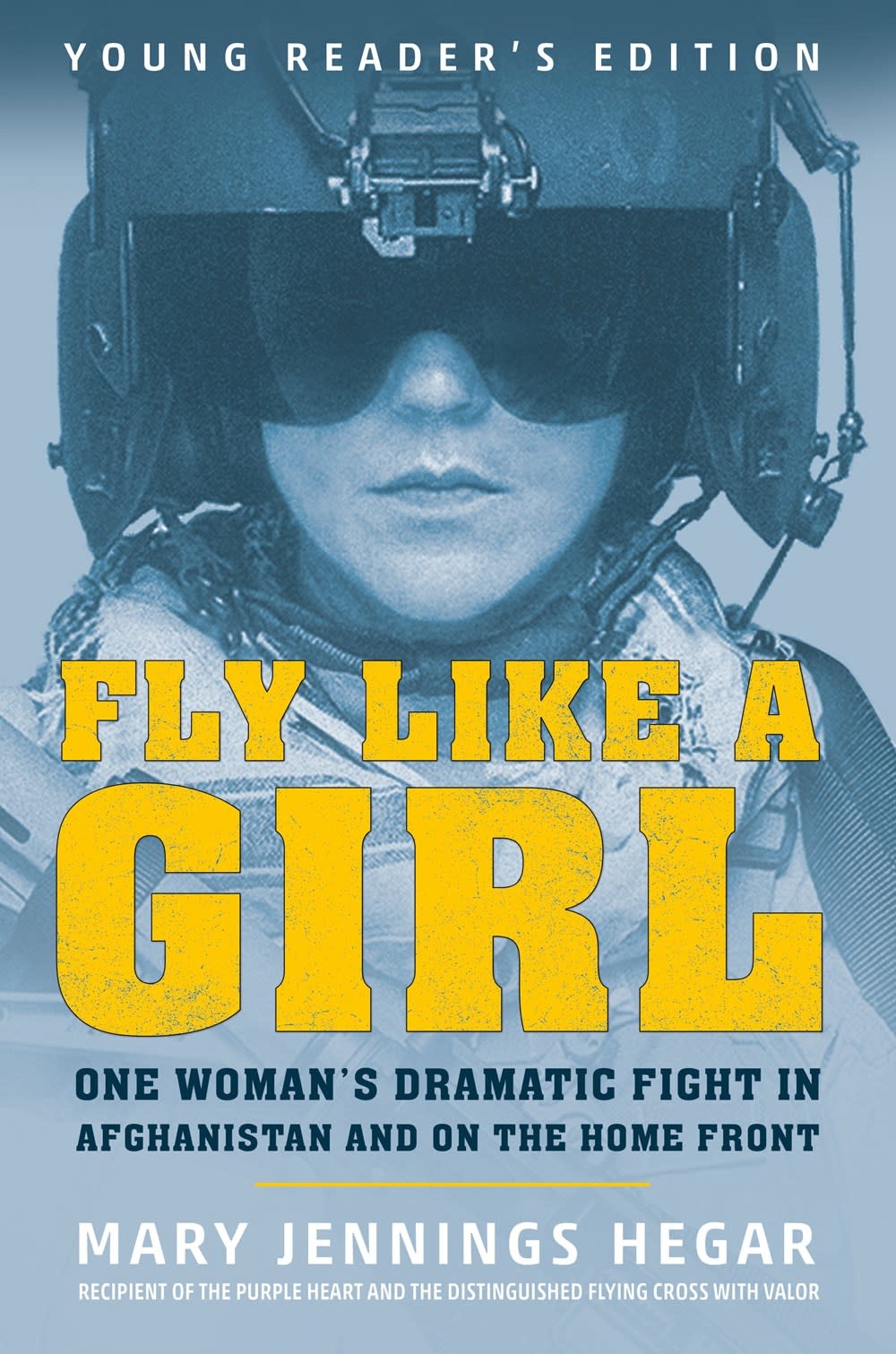 A Young Readers Edition of a compelling story of courage and triumph, this is the inspiring true story of Major Mary Jennings Hegar—a brave and determined woman who gave her all for her country, her sense of justice, and for women everywhere. Soon to be a major motion picture!

On July 29, 2009, Air National Guard Major Mary Jennings Hegar was shot down while on a Medevac mission in Afghanistan. Despite being wounded, her courageous actions saved the lives of her crew and their patients, earning her the Purple Heart as well as the Distinguished Flying Cross with Valor Device. That day also marked the beginning of a new mission: convincing the U.S. Government to allow women to serve openly on the front line of battle for the first time in American history.

“An honest portrayal of one woman’s battles in and out of combat zones.”—Kirkus Reviews

Major Mary Jennings Hegar, one of Foreign Policy Magazine’s 100 Leading Global Thinkers of 2013 and one of Newsweek’s 125 Women of Impact of 2012, was commissioned into the Air Force through ROTC at the University of Texas in 1999. In 2004, she was selected for pilot training by the Air National Guard. Upon completion of her training at the top of her class, she served three tours in Afghanistan flying Combat Search and Rescue as well as medevac missions. On her third tour to Afghanistan on July 29, 2009, she was shot down on a medevac mission and sustained wounds resulting in her being awarded the Purple Heart. Her actions on this mission saved the lives of her crew and patients, earning her the Distinguished Flying Cross with Valor Device. Today, MJ lives in Austin with her family. She continues to advocate for marginalized communities as well as write and speak publicly about both her experiences in the military and her fight for increased military readiness through equality.