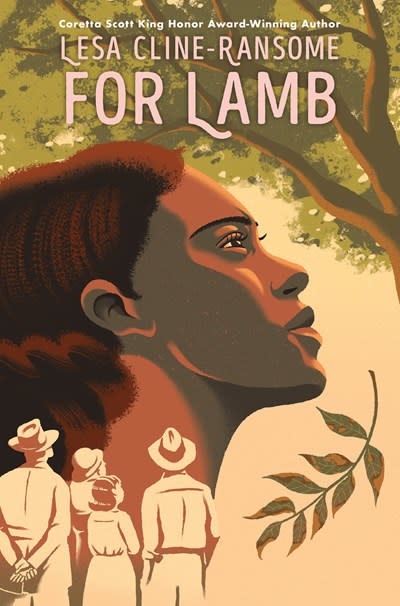 For Lamb follows a family striving to better their lives in the late 1930s Jackson, Mississippi. Lamb’s mother is a hard-working, creative seamstress who cannot reveal she is a lesbian. Lamb’s brother has a brilliant mind and has even earned a college scholarship for a black college up north-- if only he could curb his impulsiveness and rebellious nature.

Lamb herself is a quiet and studious girl. She is also naive.  As she tentatively accepts the friendly overtures of a white girl who loans her a book she loves, she sets a off a calamitous series of events that pulls in her mother, charming hustler uncle, estranged father, and brother, and ends in a lynching.

Lesa Cline-Ransome is the author of almost twenty books for young readers. Her work has received a plethora of honors, including dozens of starred reviews, NAACP Image Award nominations, a Coretta Scott King Honor, and a Christopher Award, and has been named to ALA Notable Books and Bank Street Best Children's Books lists. She lives in Rhinebeck, NY.