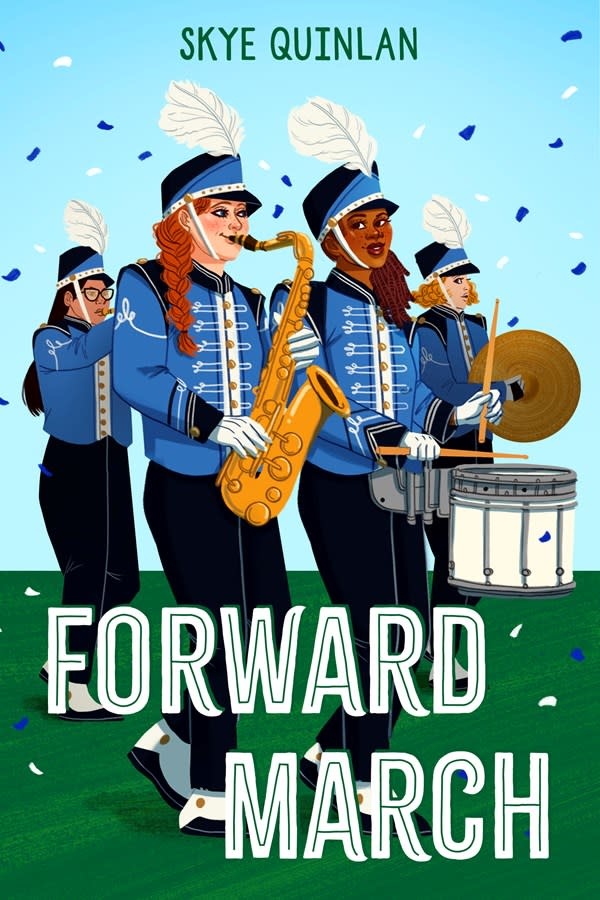 All Harper McKinley wants is for her dad’s presidential campaign to not interfere with her senior marching band season.

But Harper’s world gets upended when the drumline’s punk-rock section leader, Margot Blanchard, tries to reject her one day after practice. Someone pretending to be Harper on Tinder catfished Margot for a month and now she’s is determined to get know the real Harper.

But the real Harper has a homophobic mother who’s the dean and a father who is running for president on the Republican ticket. With the election at stake, neither of them are happy about Harper’s new friendship with out-and-proud Margot.

As the election draws closer, Harper is forced to figure out if she even likes girls, if she might be asexual, and if it’s worth coming out at all.

Skye Quinlan is a debut author. She lives in the Midwest with her girlfriend and two dogs.