Home » Forward Me Back to You 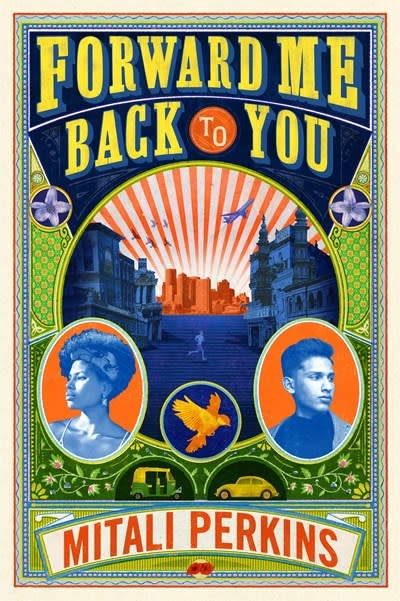 Forward Me Back to You

The highly anticipated next YA novel from the author of National Book Award–nominated You Bring the Distant Near explores new love, tenuous friendships, and the dark underworld of human trafficking.

Katina King is the reigning teen jujitsu champion of Northern California, but she’s having trouble fighting off the secrets in her past. Robin Thornton was adopted from an orphanage in India and is reluctant to take on his future.

Robin and Kat meet in the most unlikely of places—a summer service trip to Kolkata to work with survivors of human trafficking. As bonds build between the travelmates, Robin and Kat discover that justice and healing are tangled, like the pain of their pasts and the hope for their futures. You can’t rewind life; sometimes you just have to push play.

In turns heartwrenching, beautiful, and buoyant, Mitali Perkins's new novel focuses its lens on the ripple effects of violence—across borders and generations—and how small acts of heroism can break the cycle.

Mitali Perkins has written many novels for young readers, including Rickshaw Girl, a NYPL Top 100 Book; Bamboo People, an ALA Top 10 YA novel; and most recently You Bring the Distant Near, which was a Walter Honor Book, a National Book Award Nominee, and received six starred reviews. Mitali was born in Kolkata, India, and has lived in Bangladesh, India, England, Thailand, Mexico, Cameroon, and Ghana. She currently resides in San Francisco. mitaliperkins.com