Home » Fossil Men: The Quest for the Oldest Skeleton & the Origins of Humankind 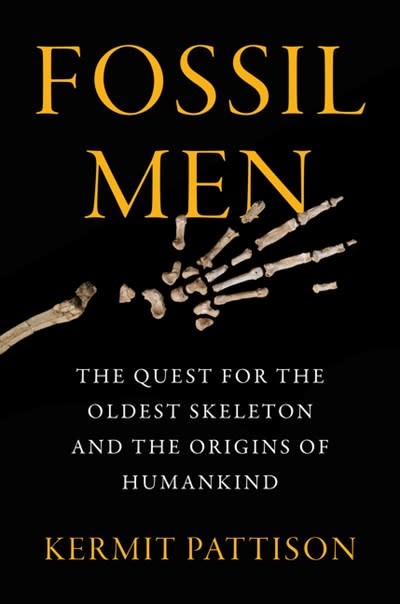 Fossil Men: The Quest for the Oldest Skeleton & the Origins of Humankind

A behind-the-scenes account of the discovery of the oldest skeleton of a human ancestor, named “Ardi”—a find that shook the world of paleoanthropology and radically altered our understanding of human evolution.

In 1994, a team led by fossil-hunting legend Tim White—”the Steve Jobs of paleoanthropology”—uncovered the bones of a human ancestor in Ethiopia’s Afar region. Radiometric dating of nearby rocks indicated the skeleton, classified as Ardipithecus ramidus, was 4.4 million years old, more than a million years older than “Lucy,” then the oldest known human ancestor. The findings challenged many assumptions about human evolution—how we started walking upright, how we evolved our nimble hands, and, most significantly, whether we were descended from an ancestor that resembled today’s chimpanzee—and repudiated a half-century of paleoanthropological orthodoxy.Fossil Men is the first full-length exploration of Ardi, the fossil men who found her, and her impact on what we know about the origins of the human species. It is a scientific detective story played out in anatomy and the natural history of the human body. Kermit Pattison brings into focus a cast of eccentric, obsessive scientists, including one of the world’s greatest fossil hunters, Tim White—an exacting and unforgiving fossil hunter whose virtuoso skills in the field were matched only by his propensity for making enemies; Gen Suwa, a Japanese savant who sometimes didn’t bother going home at night to devote more hours to science; Owen Lovejoy, a onetime creationist-turned-paleoanthropologist; Berhane Asfaw, who survived imprisonment and torture to become Ethiopia’s most senior paleoanthropologist and who fought for African scientists to gain equal footing in the study of human origins; and the Leakeys, for decades the most famous family in paleoanthropology.An intriguing tale of scientific discovery, obsession and rivalry that moves from the sun-baked desert of Africa and a nation caught in a brutal civil war, to modern high-tech labs and academic lecture halls, Fossil Men is popular science at its best, and a must read for fans of Jared Diamond, Richard Dawkins, and Edward O. Wilson.Fossil Men includes approximately forty images throughout.

Kermit Pattison is a journalist whose work has appeared in numerous publications, including the New York Times, GQ, Fast Company, Runner’s World, and Time. He has spent more than five years researching this story and spent extensive time in the field with Tim White’s team. He lives in St. Paul, Minnesota.