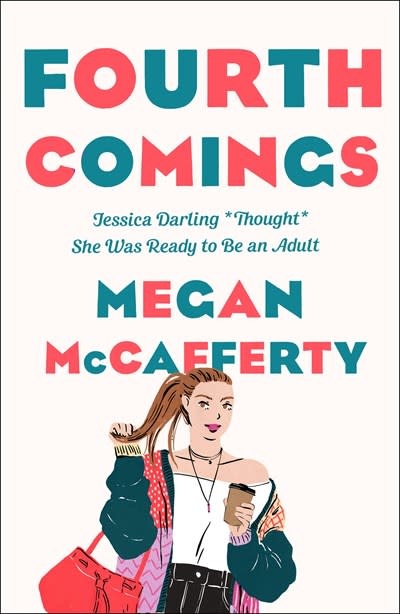 Jessica Darling is living the New York City dream. She’s subletting an apartment with her best friend, working for a magazine that cares about her psychology degree, and she’s still deeply in love with Marcus Flutie.

But then Marcus proposes, and wants Jessica’s answer in a week. Is she ready to give up her NYC life of literary parties, art openings, and karaoke downtown to move back to New Jersey? Even if it’s to be with the boy (now man) who she’s been in love with for years?

Fourth Comings, the next in the hilarious New York Times bestselling series, brings readers once again into the snarky, witty mind of Jessica Darling as she learns that reality is more complicated than dreamy clichés.

MEGAN MCCAFFERTY writes fiction for tweens, teens and teens-at-heart of all ages. The author of eleven novels, she’s best known for Sloppy Firsts and four more books in the New York Times bestselling Jessica Darling series. Described in her first review as “Judy Blume meets Dorothy Parker” (Wall Street Journal), she’s been trying to live up to that high standard ever since.