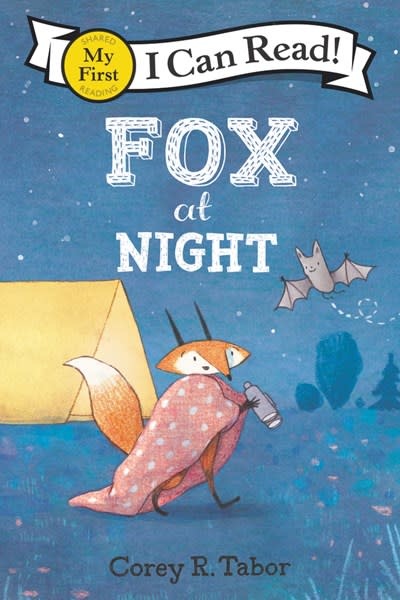 In his next I Can Read adventure, Fox—the hilarious trickster character featured in Geisel Award–winning Fox the Tiger—overcomes his fear of monsters when he meets real nocturnal animals.

Fox is up late in the night. There are shadows and noises everywhere. Fox is sure the night is full of monsters! Then he meets the real creatures of the night and realizes they are not so scary after all.

Corey R. Tabor is the author and illustrator of several books for children including Mel Fell, Snail Crossing, and the Theodor Seuss Geisel Award–winning Fox the Tiger. Corey lives in Seattle with his wife and son and spends his time making pictures and stories. You can visit him online at www.coreyrtabor.com.