Home » Fox & Chick: The Quiet Boat Ride and Other Stories 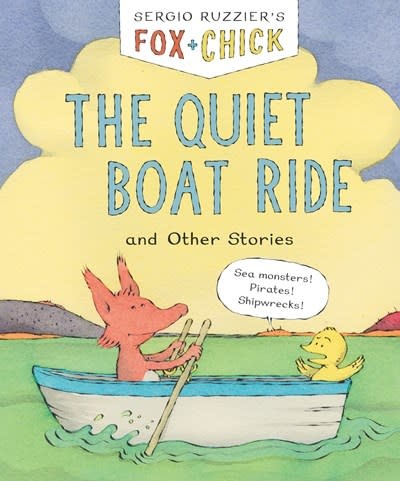 Fox & Chick: The Quiet Boat Ride and Other Stories

The second title in the critically acclaimed series for emerging readers is now available in paperback.

In the tradition of Frog and Toad, this critically acclaimed early reader series features Fox and Chick – two unlikely friends who despite their differences always manage to find a way to get along. In this second book in the series, Fox and Chick go on three adventures involving a boat ride, a mysterious box, and an early morning trip to see the sunrise. The universal characters, humor and comic-style layouts make it ideal for both the picture book audience and emerging readers.

• BUDDY BOOKS ARE PERENNIAL: From Frog and Toad to Elephant & Piggie to Ivy & Bean, kids of all ages respond to books about friendship.

• PERFECT FOR NEW READERS: The universal characters, humor, and comic-style layouts make it ideal for both the picture book audience and emerging readers.

• AWARD-WINNING: The first book in the series won a Geisel Award Honor for "the most distinguished book for beginning readers" by the American Library Association. It was also a New York Times Notable Children's Book and appeared on many Best Book of the Year lists.

• KIDS LIKE GRAPHIC NOVELS: This series will appeal to kids who are visually oriented readers as well as new readers who are eager to tackle graphic novels.

Sergio Ruzzier is a Sendak Fellow who has written and illustrated many critically acclaimed children's books. Born in Milan, Italy, he now divides his time between Brooklyn, New York, and the Apennine Mountains in Italy.