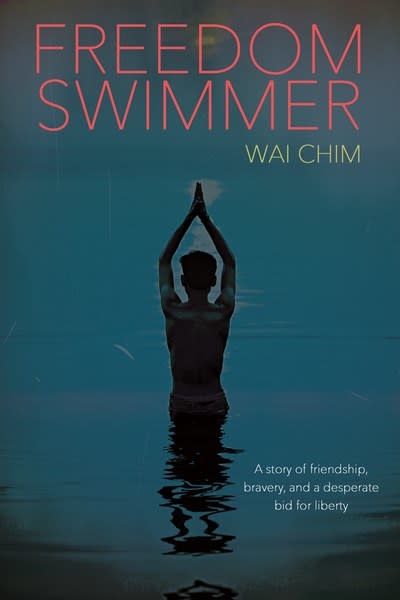 A powerful story of friendship, bravery, and a desperate bid for freedom, inspired by true events.Ming survived the famine that killed his parents during China's "Great Leap Forward", and lives a hard but adequate life, working in the fields.When a group of city boys comes to the village as part of a Communist Party re-education program, Ming and his friends aren't sure what to make of the new arrivals. They're not used to hard labor and village life. But despite his reservations, Ming befriends a charming city boy called Li. The two couldn't be more different, but slowly they form a bond over evening swims and shared dreams.But as the bitterness of life under the Party begins to take its toll on both boys, they begin to imagine the impossible: freedom.

Wai Chim is a first-generation Chinese-American from New York City. Growing up speaking Cantonese around the house, she absorbed as much Western culture as she could through books, TV, and school. She spent some time living in Japan before making Sydney, Australia, her permanent home. In addition to her writing, Wai works as a digital producer/web developer for The Starlight Children's Foundation, whose programs offer entertainment, education, and technology to critically, chronically, and terminally ill children. Learn more about her at waichim.com.