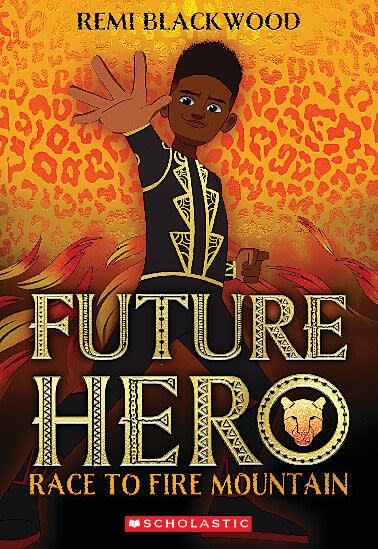 The start of a thrilling, highly illustrated series about a boy who finds a portal to a legendary world in his local barbershop . . . and learns he’s the hero they’ve been waiting for. For younger fans of Black Panther and Last Gate of the Emperor!Jarell has never quite known where he belongs. He’s ignored at home and teased at school for wanting to draw instead of playing sports with the other boys. The only place he’s ever felt truly at ease is his local barbershop where the owner hangs Jarell’s art up on the walls.When Jarell discovers a hidden portal in the barbershop, he’s transported to a magical world that’s unlike anything he’s seen before. But it’s not just the powerful gods and dangerous creatures that makes this world different—it’s that everyone believes Jarell is the hero they’ve been waiting for.