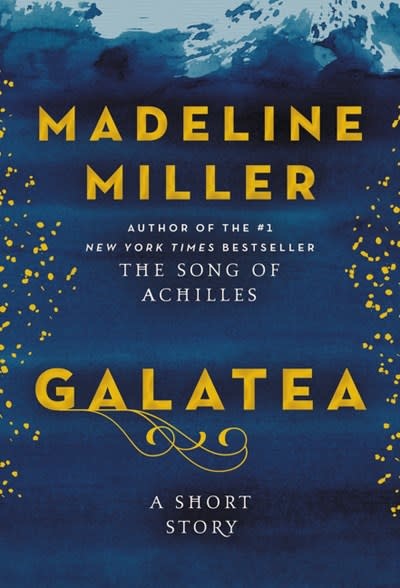 An enchanting short story from Madeline Miller that boldly reimagines the myth of Galatea and Pygmalion, now in hardcover for the first time**A small hardcover edition featuring a new afterword by Madeline Miller**

In ancient Greece, a skilled marble sculptor has been blessed by a goddess who has given his masterpiece—the most beautiful woman the town has ever seen—the gift of life. After marrying her, he expects Galatea to please him, to be obedience and humility personified. But she has desires of her own and yearns for independence.In a desperate bid by her obsessive husband to keep her under control, Galatea is locked away under the constant supervision of doctors and nurses. But with a daughter to rescue, she is determined to break free, whatever the cost . . .

Madeline Miller was born in Boston and attended Brown University, where she earned her BA and MA in classics. She is the author of the number-one New York Times bestsellers Circe and The Song of Achilles, which was awarded the Orange Prize for Fiction and has been translated into twenty-five languages. She lives in Narberth, Pennsylvania, with her husband and two children.